On paper, Game 1 of the 2018 World Series should have been one of the best pitching matchups in baseball history. The Boston Red Sox and Los Angeles Dodgers squared off with their respective aces, Chris Sale and Clayton Kershaw, taking the mound.

Unfortunately, it doesn’t always work out that way.

That’s not to say the opener of the 2018 Fall Classic wasn’t an enjoyable game with late drama. It very much was. And, in the end, the Red Sox got one huge hit from a very unlikely source to propel them to victory.

NESN will air Game 1 of the World Series on Tuesday night at 8 p.m. ET. Here are a few things you might have forgotten about that game.

1. The Kershaw narrative
Clayton Kershaw is one of the greatest regular-season pitchers of his generation. In the playoffs, it’s been a slightly different story. The three-time Cy Young Award winner certainly has had his struggles in the postseason, and Game 1 of the World Series was no different. The Red Sox pounded Kershaw early and often, scoring a pair of runs in the first, another in the third and got him for two more in the fifth after he exited without recording an out. The two-run first inning was a hallmark for the 2018 Sox. The crooked number marked the fifth time in 10 postseason games to that point the Sox scored multiple runs in the opening frame. When they scored early, they were unbeatable, going 10-0 over the entire World Series march when scoring the game’s first run.

2. Good enough?
Suffice to say, the potentially historic pitching matchup didn’t live up to expectations. Sale was slightly better than Kershaw, at least with his final line, though he technically exited before his southpaw counterpart. Sale’s final line was OK, allowing three runs over four innings while striking out seven. A leadoff walk to start the fifth inning signaled the end of Sale’s night, as a high pitch count (91 pitches in four-plus innings) prompted Alex Cora to replace him with Matt Barnes. The Dodgers would push across that run (on a groundout), but the reliever otherwise limited the damage in the first of what would be three sensational relief performances in the World Series.

Sale, despite his showing, was just happy the Sox came away with a win: “I say it all the time, and I say it to my son: ‘I’ve never seen an ugly win,'” Sale told reporters after the game. “That’s the name of the game. It’s not about me. Obviously, the stat line isn’t the prettiest thing. It’s not exactly how you’d draw it up or dream about it. But we got a win, so I’m good to go.”

3. Cora magic, part I
When the Red Sox released their lineup for Game 1, one thing in particular stood out: Rafael Devers, not Eduardo Nunez, was in the lineup to face Kershaw despite being a left-handed hitter as opposed to the right-handed Nunez. Sure, Devers had driven in a run in each of his seven career playoff starts, and with the benefit of hindsight, we know he’s one of the most promising young sluggers in the sport. But conventional wisdom might have suggested Nunez was the right play. Devers drew a walk in his first plate appearance and then struck out against Kershaw. However, when Dodgers manager Dave Roberts had to break into his bullpen early, he called on righty Ryan Madson in the fifth inning. Madson made a mess of things, and that all came to a head when Devers turned around a 95 mph fastball for a stinging single to right field, scoring two runs and giving Boston a 5-3 lead.

4. Cora magic, part II
There was of, course, reasoning behind Cora’s decision to start Devers over Nunez. One of those reasons was Cora wanted to have Nunez as a pinch-hitter late in the game against a terrific LA bullpen.

“We thought having (Nunez) off the bench would pay off,” Cora said after the game. ” … I told (Nunez) to be ready because you may have a big at-bat to help us win a game.”

That’s exactly what happened in the seventh inning with Boston clinging to a 5-4 lead. Roberts made his move, bringing in the left-handed Alex Wood to face Devers, setting up Cora’s counter to send up Nunez. With runners on first and second, the move paid off in the biggest way, as Nunez jumped all over a 1-0 pitch from Wood and smashed a three-run home run — with an eye-popping 107 mph exit velocity — into the Green Monster seats for what essentially was a game-clinching dinger.

“Alex talked to me about (the lineup) this afternoon and explained to me that he needed me in the seventh or eighth inning if they brought in a lefty for Devers and that’s what we did,” Nunez said. “I don’t care about being a hero, as long as we get the win. That’s all that’s important.”

The Dodgers couldn’t touch Nathan Eovaldi in the eighth or Craig Kimbrel in the ninth, and Boston walked away with an impressive Game 1 victory. 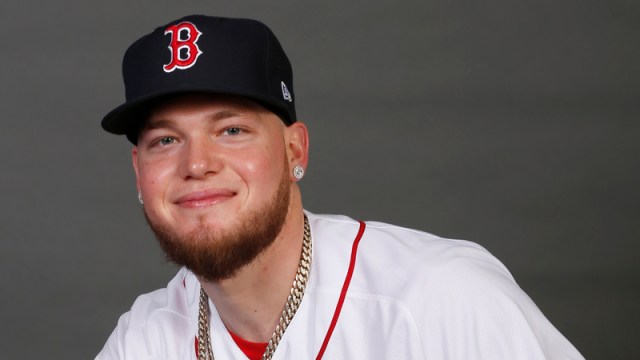 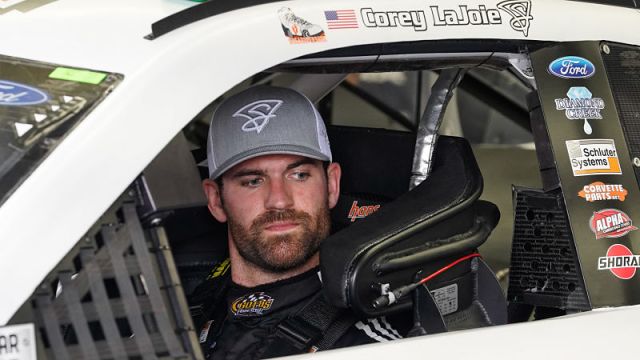