When the New England Patriots signed Joe Thuney to the franchise tag, the thought was they either would sign him long-term or trade him.

Thuney and the Patriots did not reach an agreement on a contract extension prior to Wednesday’s deadline, meaning the 27-year-old will play under the tag for the upcoming season.

And, according to NFL Media’s Mike Giardi, it doesn’t appear the two sides ever came close to a deal.

My understanding is there was never any momentum toward a new deal for Thuney. Remember too that Mike McCartney, his agent, also reps Kirk Cousins, who had no problem playing under tags. Different positions, obviously, but food for thought. https://t.co/owWdWxJE0c

As for a possible trade of Thuney, it appears the New York Jets’ interest in the guard is what prompted the Patriots to hold onto him. Whether that precludes New England from eventually moving him remains to be seen, but for now he’s calling Foxboro, Mass., home. 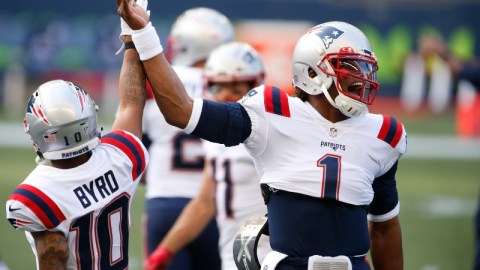