Hockey in August typically is best-suited for a beachside roller rink, but this obviously is no typical season.

The 2020 NHL season resumes in earnest Saturday, Aug. 1, after the league put its campaign on pause in mid-March due to the COVID-19 outbreak. A few months later, bubbles in Toronto and Edmonton are set, and a brand-new one-time playoff format is set to begin in each city.

To make things as fair as possible, 24 teams were invited to the respective bubbles, where the top teams will battle for seeding while the lower-ranked teams square off for spots in the traditional playoff tree.

The unprecedented nature of this entire thing makes it impossible to predict, meaning things are wide open for any and all teams, even the biggest of long shots.

With that in mind, here are the most recent Stanley Cup odds with one reason for each team on why they could be a profitable Cup bet.

Boston Bruins (+700): The Bruins came within one game of winning the Cup a year ago, and they were the best team in the league pretty much all season. Not exactly a tough sell.

St. Louis Blues (+750): The defending champions, like the Bruins, had an incredible season and have all the elements (forward depth, hulking defensemen, solid goaltending) for another deep run.

Tampa Bay Lightning (+750): Probably the most talented team top to bottom in the NHL, and they should have plenty of motivation after being bounced in the first round last season.

Colorado Avalanche (+750): The Avs were one of the best teams in the NHL despite battling injuries pretty much all season long, and now they’re almost completely healthy.

Philadelphia Flyers (+1000): The Flyers were on a roll when the season was paused, paced by goalie Carter Hart, who won 10 of his final 12 games with a .926 save percentage. If they bottled that up, they’re going to be dangerous.

Washington Capitals (+1400): They’re just two years removed from winning it all and have a valuable mix of size, toughness and talent that lends itself well to a deep run — oh, and also Alex Ovechkin.

Pittsburgh Penguins (+1600): The Penguins are the highest favorite of teams who are playing in the qualifying round, which could have them picking up some momentum entering the first round, assuming they get by Montreal.

Dallas Stars (+1800): Ben Bishop might be the best playoff goalie remaining (.927 career postseason save percentage), and if he for some reason falters or gets hurt, his “backup,” Anton Khudobin, led the league in save percentage this season.

More NHL: Eastern Conference Round-Robin Primer — What To Know About All Four Teams

Toronto Maple Leafs (+2500): Toronto has all the offensive firepower in the world, and if you’re looking at betting them, let’s just stop the conversation there before we have to get into defense, goaltending and coaching.

Edmonton Oilers (+2800): Connor McDavid is the best hockey player in the world. Moving on.

New York Rangers (+3000): The Rangers are like a better version of the Maple Leafs with a more lucrative price in that they have a dynamic offense paced by Artemi Panarin. But they also have a solid defense corps and a potential breakout star (Igor Shesterkin) in net.

Carolina Hurricanes (+3300): A solid, defensive-minded team that does everything right.

Nashville Predators (+3500): Offense clearly is an issue, but few teams can match the Predators’ defensive depth headlined by the likes of Roman Josi and Ryan Ellis in addition to a damn good goalie combo of Pekka Rinne and Juuse Saros.

Arizona Coyotes (+5000): If Darcy Kuemper can replicate his early-season performance (.940 save percentage in his first 10 games), then sure, why not?

Calgary Flames (+5000): If the Flames’ top line of Johnny Gaudreau, Sean Monahan and Elias Lindholm somehow regain their form from a season ago, maybe they’ll look a lot more dangerous.

Chicago Blackhawks (+5000): The Blackhawks being gifted a spot in the tournament and then winning another Cup would be so Blackhawks.

Vancouver Canucks (+5000): The better Canucks bet might be wagering on them to win the 2021 Stanley Cup, but they do have a very intriguing mix of young talent (Quinn Hughes, Elias Pettersson, Bo Horvat) and some battle-tested veterans that could be worth a look this year, too.

Winnipeg Jets (+5000): You know, it would be pretty fitting if the Jets, a trendy Cup pick for the last few years, went on a run during the season no one is talking about them.

Montreal Canadiens (+6000): Claude Julien has his name on the Cup, and would it surprise anyone if Carey Price regained his status as best goalie in the world and went on a ridiculous run here?

Columbus Blue Jackets (+6600): Maybe John Tortorella can will his team to spend the rest of the summer blocking shots all the way to the championship.

Florida Panthers (+6600): Those are tantalizing odds for a team that features a Vezina Trophy goalie and three-time Stanley Cup winner behind the bench.

More NHL: Western Conference Round-Robin Primer — What To Know About All Four Teams 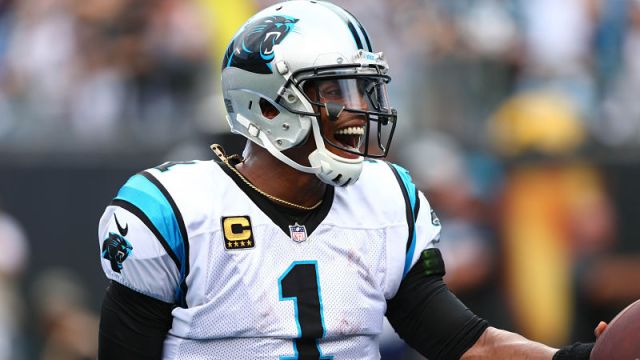 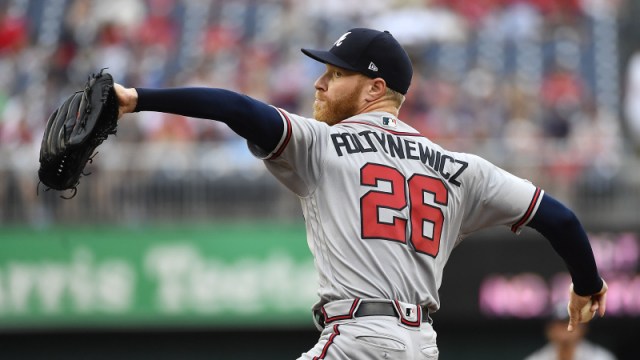 Is Mike Foltynewicz The Next Target In Red Sox’s Quest To Fix Rotation?