When it was announced the NBA would be played without fans to finish out the rest of the season, there was a lot of uncertainty around what the broadcast would sound like.

A question for some fans was whether we’d finally be able to hear just how intense these athletes go at each other and the referees. In other words, will the trash talk be loud and clear? And if not, can someone please start a streaming service that has rights to a broadcast rated “R” for language?

And while pumped in hip hop and virtual fans fill the arenas with noise, you do pick up a lot more on what the guys on the court are saying. But rarely can you catch a blatant swear word.

But there is Jimmy Butler, who on Monday used profanity to address another player in the middle of being interviewed on live television.

“Good s— my dude,” Butler said during his postgame interview, endearingly greeting some unidentified players exiting the court, via ESPN. “Brotherly love, man, I like to see y’all walking out together, it’s cute.”

This seems accidental, but it’s fun to remind ourselves that the wing has been even more inappropriate in press conferences before.

Hilariously, the Heat announcer questioning him had to apologize for Butler’s outburst. Check it out:

Jimmy Butler: "Good s— … I like to see y'all walking out together, it's cute."

Heat announcer: "I do have to apologize for the adult language."

The Heat defeated the Indiana Pacers 114-92. 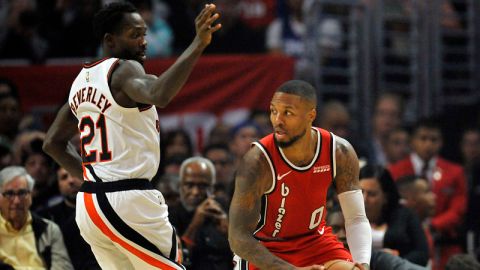 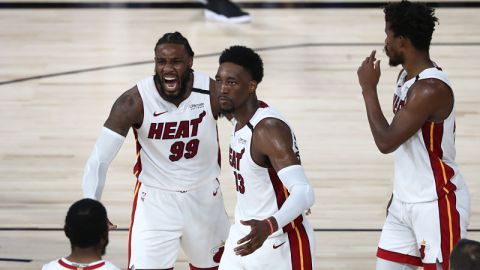