Nothing says uncertainty like the week after a massive wave of injuries.

How will the backup quarterback look? Will a newly signed defensive end have enough time to practice and get up to speed? Will a team completely change its philosophy without its first-string running back?

These all are questions are worth asking, and worth applying to multiple teams entering Week 3 after an injury-filled Week 2.

Consequently, we’ve decided stay away from one specific game, despite the fact the favorite would probably cover three times their Week 3 line just two weeks ago.

So, with that being said, here are three favorites to avoid Week 3, with odds per consensus data:

San Francisco 49ers (-4) at New York Giants
The 49ers on Sunday could be down nine starters, including their starting quarterback, two running backs and a pair of key defensive ends, after suffering multiple injuries last week against the Jets.

The Giants, on the other hand, will be without running back Saquon Barkley, the focal point of their offense. With so many question marks, even a four-point edge may be something you want to pass on.

Cincinatti Bengals at Philadelphia Eagles (-6)
Simply, the Eagles have not looked good these first two weeks and probably would be the underdog if they were going up against literally any team besides Cincinnati.

And while it’s well-known QB Carson Wentz has the ability to get hot, we’re not willing to put much stock into a Philadelphia team that ranks 27th in points scored per game and 26th in points allowed per game. Perhaps Bengals QB Joe Burrow even pulls out his first NFL win.

Washington Football Team at Cleveland Browns (-7)
Washington doesn’t go away, and Cleveland couldn’t even cover vs. the Bengals in Week 2.

The no-name team was down 17 to Philadelphia before scoring 27 unanswered points to win Week 1. They scored 12 unanswered in a Week 2 loss to a much better Arizona Cardinals team. So, while the Browns may have the ability to get up 10-14 points with their dynamic skill players, don’t count on Washington to bow down. 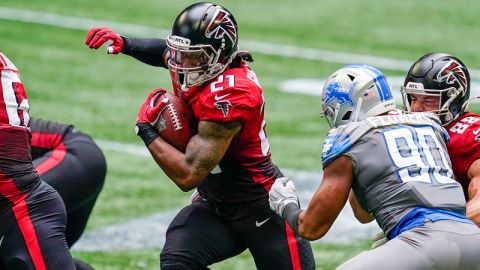