Final, Patriots 21-11: A J.C. Jackson interception in the end zone in the final minutes sealed the New England Patriots’ first victory of the post-Tom Brady era.

Brady’s successor, Cam Newton, was the star of the show Sunday, completing 15 of 19 passes for 155 yards and carrying the ball 15 times for 75 yards and two touchdowns in his first game in a Patriots uniform.

The 1-0 Patriots will travel to Seattle for a primetime matchup with the Seahawks next Sunday night.

Michel’s score came after another clutch carry by Cam Newton, who, after being ruled down just short of the line to gain on third-and-6, picked up the necessary yardage on fourth-and-1.

The Patriots also got a big play earlier in the drive from Julian Edelman, who picked up 23 yards on a jet sweep — and another 15 when Jerome Baker drilled him with a late hit out of bounds.

After N’Keal Harry’s fumble, Miami marched 80 yards for a touchdown, benefiting from two defensive pass interference penalties along the way (including one by Stephon Gilmore on fourth down).

With the Patriots on the precipice of what might have been a game-sealing touchdown, Harry fumbled inside the 5-yard line. The ball rolled into the end zone and out of bounds, resulting in a touchback and handing possession over to the Dolphins.

Third quarter, 10:14, Patriots 14-3: Excellent start to the second half for the Patriots’ offense.

Unlike their opening possession of the first quarter, New England went pass-heavy to begin the third, with Cam Newton firing three completions to Julian Edelman and one to James White to march the Patriots down the field.

Newton capped the drive with his second rushing touchdown of the afternoon, faking a handoff to Rex Burkhead before bootlegging around the right end for an 11-yard score. Tight end Ryan Izzo again provided a solid block to clear a path for his QB.

Halftime, Patriots 7-3: Adrian Phillips’ first interception in a Patriots uniform — which came with less than a minute remaining in the half –gave the Patriots one more scoring opportunity.

On the interception, Ryan Fitzpatrick tried to fit a pass in to Isaiah Ford but never saw Phillips, who drifted back from his hybrid linebacker spot.

The Patriots leaned heavily on the ground game in this low-scoring first half, with Cam Newton completing 6 passes on just 9 attempts for 72 yards.

Second quarter, 3:53, Patriots 7-3: A strong defensive sequence by the Patriots forced the Dolphins to settle for a field goal — their first points of the afternoon.

Deatrich Wise and Byron Cowart registered back-to-back run stuffs, and Stephon Gilmore, who was in coverage on a 20-yard completion to Preston Williams earlier in the drive, blanketed Williams on third down to force an incompletion.

The Patriots are really getting creative with their secondary in this first half:

The Patriots took over at Miami’s 35 but couldn’t capitalize on the reigning Defensive Player of the Year’s first interception of the season. Cam Newton slid to the turf for a sack on third-and-6, and Bill Belichick opted to punt rather than attempt a 55-yard field goal.

Second quarter, 13:12, Patriots 7-0: The Patriots have their first touchdown of the season, and it came courtesy of their new quarterback.

After rushing up the middle for 7 yards on third-and-5 to extend the drive, Cam Newton trotted 4 yards untouched into the end zone to open the scoring.

End first quarter, 0-0: End of one here in Foxboro.

The Patriots are putting together a nice drive highlighted by a 25-yard catch-and-run by Ryan Izzo and a 15-yard dash by Rex Burkhead. Now looking at third-and-5 from Miami’s 24.

Winovich teamed up with Ja’Whaun Bentley to bring down Jordan Howard for a 1-yard gain on first-and-10, then blew up Howard for a 3-yard loss one play later. Strong start for the second-year pro.

The lack of crowd reaction to Winovich’s TFL really drove home how strange this season will be.

Also of note: Damiere Byrd has been replaced as the Patriots’ punt returner. After Byrd muffed Miami’s first punt, Julian Edelman was back deep for the second one.

First quarter, 8:20, 0-0: We just got our first look at a Cam Newton-led Patriots offense.

New England kept the ball on the ground to start, opening the game with five consecutive running plays. These included two keepers by Newton — the first up which resulted in a 10-yard gain up the middle — and two plays out of jumbo personnel with offensive lineman Mike Onwenu in as a tackle-eligible.

The Patriots gained 7, 10, 5, 4 and 2 yards on their five runs, the last of which gave them a first down on third-and-1. When they went to the air, their momentum halted.

Newton had Julian Edelman open over the middle on first down, but Edelman couldn’t hang onto the ball as he absorbed contact from safety Bobby McCain.

Linebacker Jerome Baker beat center David Andrews for a sack one play later, and a short pass to James White on third-and-19 picked up just 10 yards.

How this offense develops with Newton at the helm will be a major storyline today. The 31-year-old already has proven he still has wheels.

First quarter, 15:00, 0-0:Matthew Slater won the opening coin toss for the Patriots and elected to defer. New England will begin the 2020 NFL season on defense.

Every Patriots player stood on the sideline during the national anthem.

12:45 p.m.: Some observations before we get started here in Foxboro:

— As we mentioned earlier, no fans will be allowed inside Gillette Stadium for this game. The first seven rows of seats have been covered with large tarps — featuring Patriots logos and sponsored branding — as have the red club-level sections.

A dozen or so photographers and stadium staffers are scattered throughout the lower level.

— The Patriots’ End Zone Militia is now the Concourse Militia.

Due to COVID-19 restrictions, the minutemen now are situated on the bridge overlook the north end zone, as are the Patriots’ cheerleaders and Pat Patriot.

— Here’s a look at the mask Bill Belichick will be sporting today:

12:39 p.m.: Two anthems will play before all NFL games this weekend: “The Star-Spangled Banner” and “Lift Every Voice and Sing,” the unofficial Black national anthem.

The Dolphins left the field before the anthems, as they announced they would this week.

The Patriots lined up along the goal line in the north end zone for “Lift Every Voice and Sing,” the headed to the locker room.

12:21 p.m.: The move to New England has not cramped Cam Newton’s style. Here’s how the QB arrived at Gillette this morning:

Josh Uche is the biggest surprise on that list. The second-round draft pick was highly active in training camp and was projected as a potential starting linebacker.

Rookie tackle/guard Justin Herron got the nod over Korey Cunningham.

Dalton Keene (neck) and Cassh Maluia (knee) both were listed as questionable with injuries. The other three are healthy scratches.

Wide receiver N’Keal Harry and outside linebacker Chase Winovich are active after being listed as questionable.

9 a.m. ET: Good morning from an empty Gillette Stadium, where the New England Patriots are preparing to host the Miami Dolphins in Week 1 of the 2020 NFL season.

If this were a typical NFL season, thousands of Patriots fans would begin filtering in from their tailgates in about 2 1/2 hours. But this, of course, is not a typical season.

For at least the month of September, the Patriots will play their home games with no fans in attendance, creating an atmosphere that will be unlike any in franchise history.

On the field, New England will debut a new quarterback (Cam Newton) and a field new-look defense that lost six starters from last season. The Dolphins, whose stunning upset here last December robbed the Patriots of a first-round playoff bye, also revamped their roster this offseason, signing a squadron of free agents that featured ex-Patriots Kyle Van Noy, Ted Karras and Elandon Roberts.

On the injury front, the Patriots ruled wide receiver/punt returner Gunner Olszewski (foot) out for this game and subsequently placed him on injured reserve, sidelining him for at least the next three weeks. Defensive tackle Beau Allen, running back Damien Harris and offensive tackle Yodny Cajuste also will begin the season on IR.

Click the link below for our full game preview, and follow along right here throughout the day for full Patriots-Dolphins coverage. 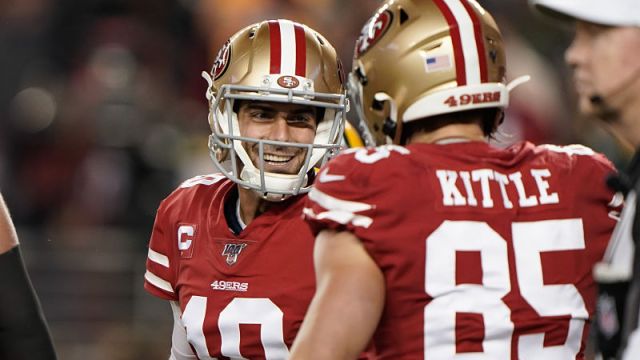 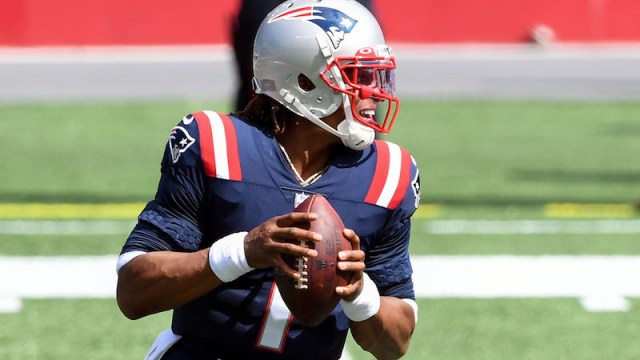