Patriots Vs. Dolphins Preview: What To Watch For In Week 1 Matchup - NESN.com Skip to content

A new era of New England Patriots football begins where the last one (essentially) ended: against Ryan Fitzpatrick and the Miami Dolphins at Gillette Stadium.

The Dolphins stunned the Patriots as 17-point underdogs in last year’s regular-season finale, winning 27-24 to rob New England of a first-round playoff bye and set up a meeting with the red-hot Tennessee Titans the following week.

The Patriots lost that game, ending their season in the wild-card round for the first time since 2009. Two months later, they lost their franchise quarterback, with Tom Brady trading his Flying Elvis for the pirate flag of the Tampa Bay Buccaneers.

As New England and the rest of the NFL waded through an unprecedented offseason, a second exodus came. A league-high eight Patriots players chose to opt out of the season due to COVID-19 concerns, including four multi-time Super Bowl winners in Dont’a Hightower, Patrick Chung, Marcus Cannon and Brandon Bolden. Another two (Danny Vitale and Matt LaCosse) would have entered training camp as projected starters.

Of the 16 Patriots players who played at least 425 snaps on offense or defense in 2019, 13 will not be with the team this season.

With a new quarterback in Cam Newton and a handful of first- and second-year players likely to play key roles on both sides of the ball, this Patriots season opens with more uncertainty than any other during the Bill Belichick era.

The Dolphins have changed a great deal, as well, loading up on free agent acquisitions — including former Patriots Van Noy, Karras and Roberts — and replacing both of their coordinators.

Let’s take a closer look at this Week 1 matchup:

THE ODDS
The Patriots are pegged at 6 1/2-point home favorites over the Dolphins, who are 3-16 in Foxboro since 2001.

Sunday’s game will be played in an empty Gillette Stadium with artificial crowd noise piped in, as the Patriots will not allow fans into the building until October at the earliest.

Harry and Winovich were full participants in Friday’s practice. Keene and Maluia were limited.

The Patriots removed receiver Julian Edelman and cornerback Stephon Gilmore from the injury report Friday after both were limited in practice earlier in the week.

Miami did the same with many of its most prominent players. Van Noy, top receivers DeVante Parker and Preston Williams, top cornerbacks Byron Jones and Xavien Howard and top tight end Mike Gesicki all are good to go after injuries limited their practice participation this week.

The only player remaining on the Dolphins’ injury report entering Saturday was safety Clayton Fejedelem, who’s doubtful with a pectoral injury.

With no preseason this year, both teams could look to limit their starters’ snap counts early in the season, especially those who are dealing with minor ailments.

PLAYERS TO WATCH
Cam Newton, Patriots quarterback
The headliner. The top dog. QB1. All eyes will be on Newton as he makes his first start in a Patriots uniform — and his first appearance on an NFL field since a foot injury ended his 2019 season last September. It’ll be especially interesting to see how offensive coordinator Josh McDaniels alters his scheme to make use of Newton’s mobility. Newton said Thursday that McDaniels was “one of the main reasons” he signed with the Patriots.

N’Keal Harry, Patriots wide receiver
With Mohamed Sanu failing to make the team, Harry will enter his second NFL season as the Patriots’ unquestioned No. 2 wideout behind Julian Edelman. New England will be expecting much more from the 2019 first-round draft pick than he showed as a rookie, when he spent half the season on injured reserve and then caught just 12 passes in seven games. Of the eight receivers/tight ends on the Patriots’ Week 1 roster, only Edelman has caught more than 45 NFL passes.

Sony Michel, Patriots running back
Michel’s status as New England’s lead back was threatened when Damien Harris excelled in training camp, but a finger injury suffered late in the summer landed Harris on IR to start the season. With Lamar Miller (released) also out of the picture, Michel should command the majority of early-down snaps, at least until Harris returns. The Patriots also could lean more heavily on the ground game this season given their question marks at wideout and tight end.

Stephon Gilmore, Patriots cornerback
Gilmore faced Parker twice last season. Their first matchup was one of the corner’s best performances of the season: Parker finished with no catches on seven targets, and Gilmore had a pick-six and a pass breakup that produced another interception. In the rematch, Parker dominated, racking up nine catches on 11 targets for 137 yards, with the bulk of that production coming against Gilmore. How will the NFL’s reigning Defensive Player of the Year — who received a $5 million pay bump Friday — respond in Round 3?

Josh Uche, Patriots linebacker
With the Patriots losing their top three linebackers this offseason, Uche very well could begin his NFL career as a defensive starter alongside third-year pro Ja’Whaun Bentley. We could see a lot of fellow rookies Kyle Dugger (safety, second round) and Anfernee Jennings (linebacker, third round), too. All three are versatile defenders who could play multiple roles for this new-look Patriots defense.

Joejuan Williams, Patriots defensive back
Seldom used as a rookie cornerback last season, Williams now could be a key cog in his team’s plan to replace starting strong safety Patrick Chung. Chung’s various responsibilities likely will be split between multiple players — Dugger, Terrence Brooks and Adrian Phillips all will be in that mix — but the 6-foot-3, 212-pound Williams, who’s said he no longer wants to be considered “just a corner,” could be the Patriots’ top option for covering tight ends. They’ll see a talented one this week in Gesicki, who beat Chung for the game-winning touchdown in Week 17.

TBD, Patriots kicker
The Patriots entered the weekend without a kicker on the 53-man roster. They do have two on their practice squad — Nick Folk and Justin Rohrwasser — and are expected to use one of them in Sunday’s game, but it remains to be seen which one they’ll pick and how they’ll choose to activate him. The Patriots could sign Folk/Rohrwasser to fill the open spot on their 53-man roster or temporarily elevate him from the practice squad, making use of a new NFL rule implemented for this season. 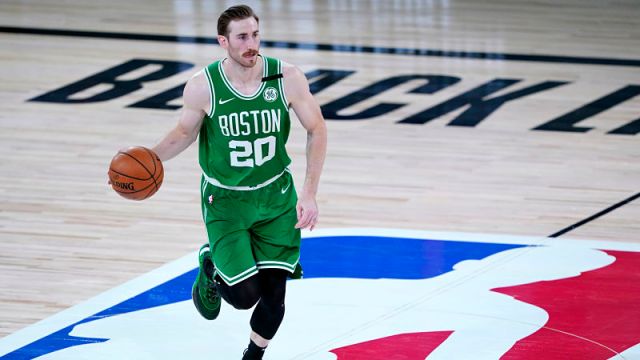 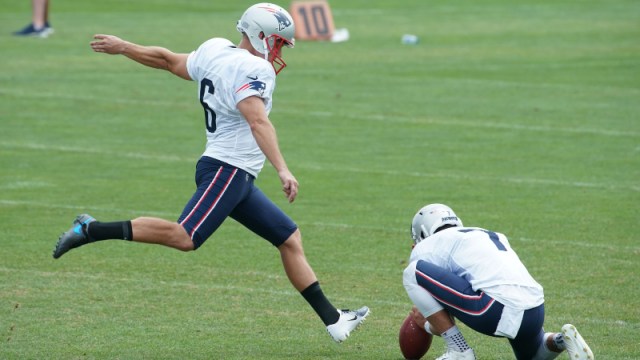