What Tedy Bruschi Believes Has Been 'So Fun' To Watch Over Course Of Patriots Season - NESN.com Skip to content

The Patriots do not feature one of the more talented rosters in the NFL. That much is clear.

New England seemingly is making the most of what it has, though, and a playoff berth still is on the table for Bill Belichick’s team.

This has been made possible by something we’ve seen plenty of times over the last two decades in Foxboro: players making the most of their opportunity. Tedy Bruschi, for one, has enjoyed seeing Patriots embrace their roles and New England remaining competitive in the process.

?I?ve really enjoyed watching the process of this team,? Bruschi said Wednesday on “Ordway, Merloni and Fauria,” as transcribed by WEEI. ?What it is basically every season with the New England Patriots is where they start and then where they finish. Just the team getting better around Cam Newton, seeing some of these young players defensively. Uche made an impact, seeing Terez Hall make improvements, those type of linebackers. I mean, everywhere — Butler. These players, you see them sort of forming their role within the team. Winovich had his struggles this year, now he?s back to playing the edge. He made a great interception, an instinctive interception.

?Seeing the process take place and take form is so fun for me, because coaching matters. To see Bill?s formula and to see sort of his level mentality all the way through the season of just pushing improvements, not looking ahead, not looking behind, it works. It works to where you?re competitive, and that?s what they are.?

The Patriots are playing their best football of the season at the right time. New England will try to notch its fifth victory in six games Thursday night when it visits the NFC West-leading Los Angeles Rams. 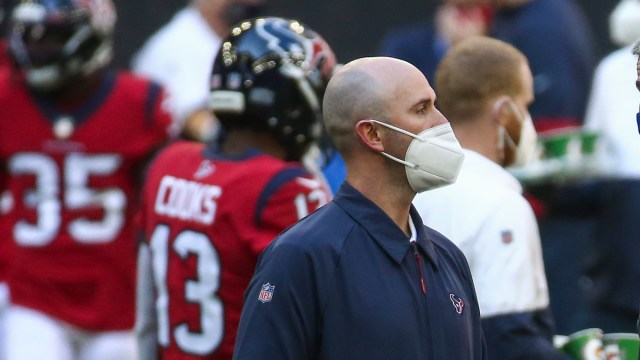 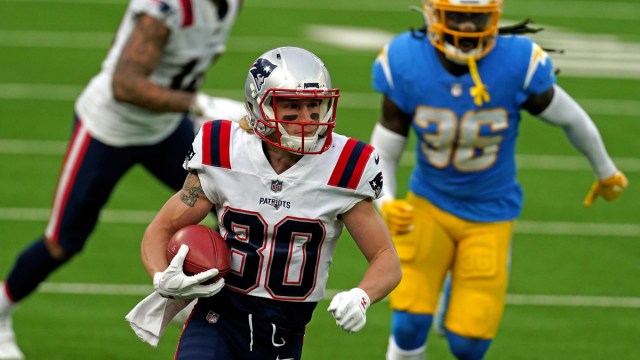