Tom Brady and Patrick Mahomes will square off in Super Bowl LV.

If the game turns out to be anything like their last postseason meeting, we’re all in for quite a treat.

The 2018 AFC Championship Game between Brady’s New England Patriots and Mahomes’ Kansas City Chiefs at Arrowhead Stadium was one of the most thrilling playoff contests in recent NFL history — a 37-31 epic that featured four touchdowns in the final eight minutes of regulation, a last-second game-tying field goal and an iconic Patriots drive in overtime.

— A first-half shutout by the Patriots’ defense.

— 230 passing yards and three touchdowns from Mahomes after halftime at a 10.0 yards-per-attempt clip.

— A Chiefs punt that came within millimeters of grazing Julian Edelman’s fingers.

— A Brady pass that bounced off Edelman’s hands for an interception one play later.

— A one-handed third-down catch by Chris Hogan that did the same.

— A Brady pass that bounced off Rob Gronkowski’s hands for what would have been a game-sealing INT, only to have it wiped away because Dee Ford lined up offsides.

— A failed flea flicker in overtime.

— Not one, not two, but three third-and-10 conversions on New England’s winning drive, which prompted an unsuccessful push by the Chiefs to change the NFL’s overtime rules.

The game also was played on a frigid night in Kansas City, with temperatures sitting at 19 degrees at kickoff and dropping as the evening progressed.

Brady threw for 348 yards and converted those three crucial third-and-longs — two to Edelman, one to Gronkowski — but four of New England’s five touchdowns came on running plays, exemplifying the ground-and-pound identity the Patriots embraced late in the 2018 season.

Running back Rex Burkhead scored once with 39 seconds remaining the fourth quarter and again five minutes into the extra session to send the Patriots to Super Bowl LIII — where they’d go on to defeat the Los Angeles Rams — and launch Brady into a state of pure, unbridled euphoria.

?That was probably as excited as I?ve been in a long time,” he said in his postgame news conference.

Rarely has Brady been that visibly elated after a win, especially a non-Super Bowl win. He said New England’s underdog status — the Chiefs entered as three-point favorites, and the Patriots had lost their previous three road AFC title games — made this victory especially meaningful.

And thanks to a video leaked from within the Patriots’ locker room, we were able to watch the still-smiling quarterback bombard his teammates — from Gronkowski to Marcus Cannon to Cordarrelle Patterson to James Develin — with a barrage of celebratory F-bombs after exiting the field.

“I?ve been swearing too much for the last 30 minutes,” Brady said from the podium after composing himself, “so I?m going to try to cut back a little bit.”

Amid the postgame pandemonium, Brady paid a visit to the Chiefs’ locker room. He wanted to share a few words with the 23-year-old who already looked poised to replace him as the NFL’s top quarterback.

Mahomes, who matched Brady’s career high with 50 touchdown passes in his first season as an NFL starter, would take on league MVP honors two weeks later.

?The biggest thing Tom said to me was just to stay with the process and keep being who I am,? Mahomes said during the lead-up to last year’s Super Bowl, which the Chiefs won over the San Francisco 49ers. ?That?s something that?s important. As a guy who?s had so much success every year he?s been in the NFL, he goes out there every single day and treats it like it?s the most important day. That?s something that I?ll try to do for my entire career.?

?I mean, he didn?t have to do that,” Reid told reporters Monday, via a team-released transcript. “He is arguably the best quarterback to ever play the game and he surely didn?t have to come over and say a word. But he did that, and I think for a young quarterback to have somebody of his stature do that, I think was a tremendous gesture and it was heartfelt.

“He didn?t have to do it and he wasn?t putting on a show. There was nobody there to really see it, so it was really just his respect for Pat and in return, Pat?s respect for him.”

Brady and Mahomes also have faced off three times during the regular season. Brady won the first: a 43-40 barnburner at Gillette Stadium in 2018. Mahomes took the next two, including a 27-24 triumph over Brady’s Bucs this past November. All four of their matchups have been decided by seven points or fewer.

Next Sunday’s clash should be a fun one. 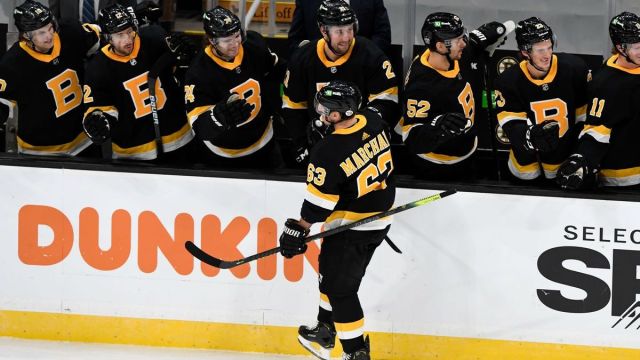 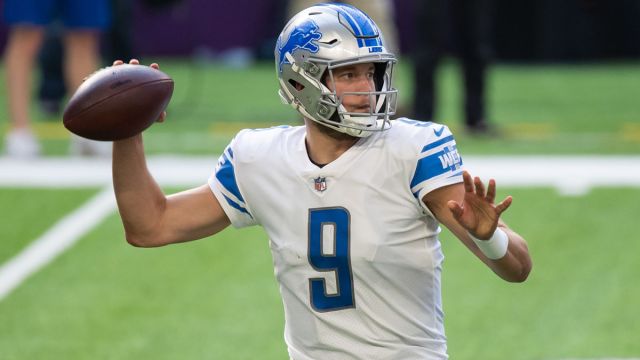