Kiké Hernández can do a little bit of everything.

But one area that’ll be consistent for him, if all goes according to plan, is he’ll play second base often for the Boston Red Sox.

“If everything goes well on a nightly basis, he’ll play second at one point during the day,” Red Sox manager Alex Cora said Thursday over Zoom. “If he starts in the outfield, probably he’ll end up playing second base because defensively, and the numbers show it, he’s the best defender at second base.”

This comes as little surprise.

With Dustin Pedroia retired, the Red Sox were looking at Hernández, Michael Chavis, Christian Arroyo and Jonathan Arauz as candidates for time at second base. Of the bunch, no one has been as reliably productive as Hernández has been at the big league level.

The addition of Hernández underscores the way the Red Sox’s roster is built, however. There’s going to be a ton of versatility, which will allow guys to get some run just about anywhere on the field. Even of the second base candidates, Chavis also can play first base, Arroyo third and Arauz anywhere on the left side of the infield.

So, while Hernández might not get the designation of “everyday second baseman,” expect to see him there –and other places, for that matter — a lot. 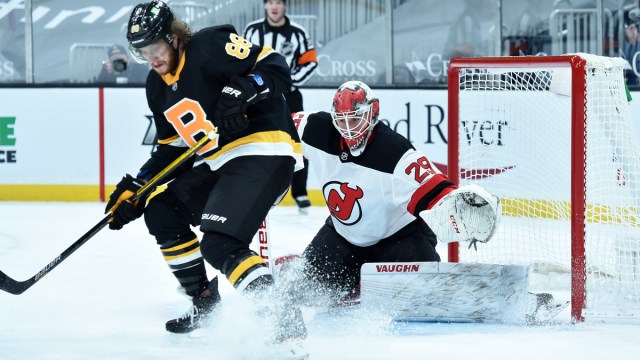 Bruins Not Using Line Shuffling As Excuse For Offensive Woes