The Boston Bruins were on the wrong end of two reviews in the final 1:10 against the New Jersey Devils on Sunday night at TD Garden.

Boston wasn’t credited for either, though, and it ultimately resulted in the Bruins being dealt a 1-0 defeat against the visiting Devils.

Head coach Bruce Cassidy and Bergeron, who originally was credited on the ice for a game-tying goal with 1:10 left in the third period, each shared their reactions to the calls after the loss.

“Yeah, I think the goalie interference could have went either way,” Cassidy said while on a postgame video conference. “He signaled a goal, he was right in front of it, the official, so I thought typically it’s supposed to be something egregious. I guess they deemed that egregious. I think the overhead (angle) does us no favor and that’s what they look at. I think if you saw an angle or maybe an on-ice one that David?s (Krejci) stick gets in there before the puck but I don’t know. What am I supposed to say on that?”

Bergeron’s goal was called back after David Krejci was called for goaltender interference.

“They make the call. Didn’t go our way,” Cassidy said. “Haven’t had a lot of luck with those calls anyway. … So, not a lot of puck luck for us. Really, really have to work to score goals, and then when we do, they come back. So, that’s my thoughts on it. They have to make that call; they did. We move on.”

Bergeron added: “Yeah, I mean, the second one, from the jumbotron, it looks like it didn’t fully pass the line so it is what it is. It’s unfortunate, obviously. But on the first one, I’ll be honest I didn’t see the replay. … So, I thought the puck was loose, I didn’t see what happened so it is what it is. They look at it. I’m sure there’s 20 angles to base it on and make a decision so you have to trust them that they made the right decision and move on.”

It doesn’t mean it’s not frustrating, though, as Cassidy expressed.

“Yeah, because I think another night they’d count it,” Cassidy said. “I just think that’s just the way it is. It’s hit or miss on those sometimes. We’ve been on the wrong side of them, so you hope they even out — I couldn’t tell you if they even out, people say that but I don’t know if I believe that — but time will tell over the course of the year.”

Here are some other notes from Bruins-Devils:

— Bergeron went to the dressing room midway through the second period after taking what looked like a Trent Frederic shoulder to the face. Bergeron was back on the bench for the third period, though, and offered an update on himself after the game.

“Yeah, I’m good. My nose took a beating, but I’m good,” Bergeron said before admitting he didn’t know if his nose was broken. “That’s a good question. We didn’t take an X-ray, but by the look of it, probably. Again.”

— Cassidy was still able to express his feelings about the effort put forth by the B’s.

“Another solid effort. We clearly out-played a team,” Cassidy said. “Got the goals the other night against Buffalo (Sabres), similar tonight, we got to the front of the net really tried to generate second and third chances against this guy because whatever he saw he seemed to stop, did stop, but didn’t work out.”

— The Bruins’ power play was 0-for-4. Boston was on the man-advantage for nearly six minutes in the first half of the third period, but couldn’t cash in.

“Certainly our power play could have helped us,” Cassidy said. “Had some good looks. (Bergeron) shot one right through him that typically would have went in, but leaked wide. Couple other good looks in front of the net.”

— The Bruins will have another chance against the Devils on Tuesday in the second game of a two-game set at TD Garden. Puck drop is slated for 7 p.m. ET. 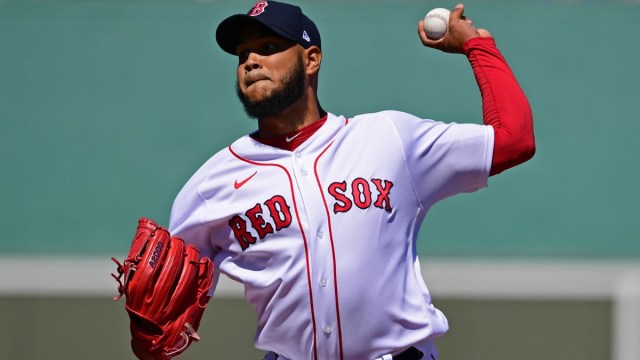 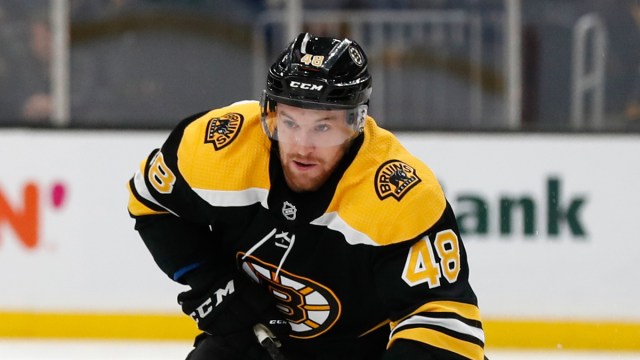 Bruins Offense Had Chances Late In Chaotic Finish Vs. Devils