The Celtics nearly completed a 21-point comeback Wednesday night against the Cleveland Cavaliers at Quicken Loans Arena, but it just wasn’t in the cards.

Boston was without Kemba Walker and Tristan Thompson, too, and it certainly didn’t help.

Turnovers weren’t Boston’s friend early in this one. The team coughed it up six times, four of which were Cleveland steals.

Pritchard and Smart were among the only bright spots for the C’s early on. They both notched six points apiece in the first 12 minutes.

Cleveland took a 26-18 lead into the second quarter.

BIG YIKES
Not much changed for Boston in the second.

The turnover problems and foul trouble continued throughout the first half. The C’s struggled from beyond the arc, too, going 3-for-15 (20%) from 3-point range in the first half.

Only Smart and Brown succeeded in their attempts.

Smart was seen giving a fiery pep talk late in the quarter.

Cleveland maintained its double-figure lead throughout the first half with Collin Sexton (14 points) and Darius Garland (18 points) leading the charge. At one point, the Cavs lead sat at 21.

The game entered halftime with Cleveland up 55-38.

A GLIMMER OF HOPE?
Boston struggled to find consistency in the third, but there were glimmers of hope.

Williams was Boston’s most consistent player Wednesday night with eight points, 13 rebounds, three assists and three blocks were nothing to sneeze at either.

Brown and Tatum finally woke up, collecting 20 and 14 points, respectively, through three quarters. They completed a combined 14 shots on 32 attempts (43.7%).

Though it was better, the offense still wasn’t entirely consistent. Still, Boston chipped away at Cleveland’s lead.

The Cavs’ double-figure advantage eventually was erased, and the Celtics ended the quarter down only eight.

CLOSE DOESN’T COUNT
Boston gave it a solid effort, but it simply couldn’t climb out of the hole they’d dug themselves into.

The C’s made it a four-point game rather quickly and traded buckets early and often with Cleveland in the fourth.

Brown and Tatum helped give Boston the boost it needed to stay within striking distance.

Williams headed to the locker room early in the quarter after an awkward fall but returned to the court a few minutes later. He offered the Celtics some quality minutes down the stretch and finished the game with yet another double-double.

Try as they might, the Celtics simply couldn’t complete the comeback. Boston couldn’t get a stop or hit a shot when it needed it most.

PLAY OF THE GAME
More of this, please.

UP NEXT
Boston will head back home to host the Sacramento Kings at TD Garden on Friday. Tip-off is slated for 7:30 p.m. ET. 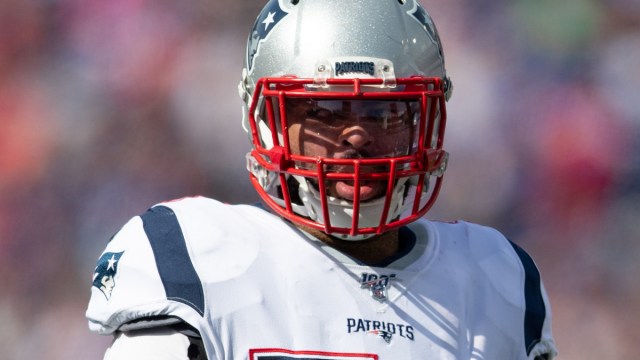 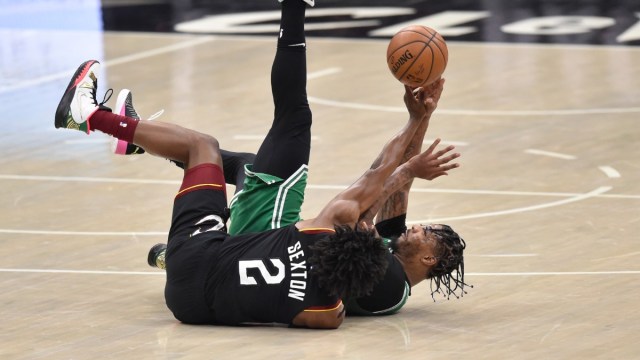