Leading up to the 2021 NFL Draft, we’ve identified the best fits for the Patriots based on New England’s drafting history.

We devised a metric to rate each 2021 NFL Draft prospect’s fit in New England by standardizing and weighting pre-draft testing measurables to New England?s preferences.

Check out our full spreadsheet rating draft prospects by that metric (and using Arif Hasan of The Athletic?s composite draft rankings).

Now, we’ll match the Patriots with their best fit at each position based on playing style, athletic traits and level of need.

Finding a quarterback of the future is a first-round need for New England, and while we don’t believe Jones is the best quarterback in this class (he’s probably fifth behind Trevor Lawrence, Justin Fields, Trey Lance and Zach Wilson), he is regarded as the best system fit for New England.

The Patriots’ only shot at Jones is if the San Francisco 49ers take Trey Lance at No. 3 overall. In that scenario, New England, which picks 15th overall, might still need to trade up to take the Alabama QB in the top 10.

We could potentially see the Patriots taking Lance or Florida’s Kyle Trask in this year’s draft. They also could wind up with Jimmy Garoppolo after a trade with the 49ers.

The Michigan connection here is big. Former Patriots quarterbacks coach Jedd Fisch was an offensive assistant at Michigan during Evans’ freshman season. Evans missed the 2019 season due to academic issues, so, off-field research is key. Evans is an ideal athletic fit for New England, however, and he has tremendous potential as a pass-catcher out of the backfield.

Smith didn’t test, but we wouldn’t be surprised if New England wound up taking him with their first-round pick, either sticking at No. 15 overall or trading up.

Among wide receivers with available testing data, Purdue’s Rondale Moore is undersized, but he checks the testing boxes early in the second round. Florida’s Kadarius Toney is another early fit in the draft, but he might not work for the Patriots from a character standpoint.

New England definitely doesn’t need a tight end after taking Devin Asiasi and Dalton Keene in the third round last year and signing Jonnu Smith and Hunter Henry in free agency. But they could take a flier on a late-round athletic option like Davidson, who also punted at Central Missouri.

Similar to Isaiah Wynn, Vera-Tucker has the positional versatility to play offensive tackle or guard in New England. The Patriots will likely need to groom a young offensive lineman to start for 2022.

The Patriots could get by with the group of defensive tackles they currently have on their roster. Brown is worth a late-round flier because of his size and athleticism.

Pass rush is not necessarily a first-round need for New England after they signed Matt Judon and Kyle Van Noy in free agency in addition to drafting Josh Uche and Anfernee Jennings last year.

But if Phillips falls, he’s a potential trade-down option for New England in the first round. He has injury question marks but could wind up being the best defensive player in the draft. It’s all about value with Phillips.

Browning is a near-perfect fit from a size-athleticism standpoint. He would be a project, but he could learn for a year behind Dont’a Hightower and Van Noy. He has athletic upside similar to Jamie Collins.

Tulsa’s Zaven Collins also could be a potential first-round pick if the Patriots trade down from No. 15 overall.

The Patriots could wind up taking South Carolina cornerback Jaycee Horn in the first round. Stokes is a good option if he’s still available when the Patriots are picking in the second round, however.

The Patriots could need a starting cornerback next season if they lose JC Jackson and/or Stephon Gilmore via free agency or in a trade.

The Patriots have a box safety of the future in Kyle Dugger, last year’s second-round pick. Sterns is an appealing option if New England wants to take a free safety. 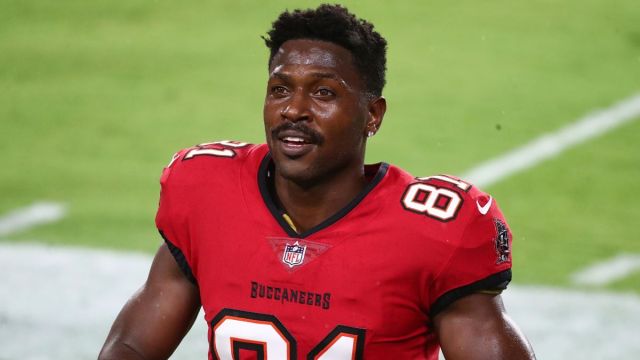 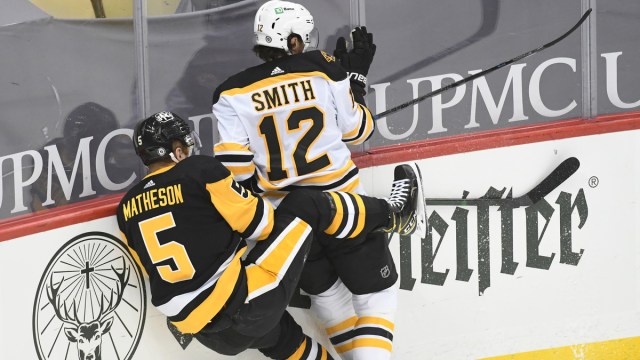