Bruins Notes: Here's What Bruce Cassidy Had To Say About Officials Skip to content

The Boston Bruins are in a win or go home situation after dropping Game 5 to the New York Islanders on Monday night.

If you look at the stats, though, you’d think this would be a blowout by Boston given the fact shots were 44-19 in the Bruins’ favor. But there were a slew of missed calls — calls the Islanders got and were able to capitalize on three times in the game.

And even though the head coach Bruce Cassidy knows the penalty kill needs to be better in those situations, he, understandably, still had an issue with some missed calls.

“This is my take on it: We’re playing a team that has very respected management, coaching staff, they won a Stanley Cup,” Cassidy said after the game over Zoom. “But I think they sell a narrative over there that’s more like the New York Saints, not the New York Islanders. They play hard and they play the right way, but I feel we’re the same way. The calls, the exact calls, that are getting called on us do not get called on them. And I don’t know why. These are very good officials. They’re at this point in the season for a reason.”

He continued: “You’ve got continuous high-sticks every game, the exact same high-sticks. (Patrice Bergeron) and Brock Nelson behind the net, the one that comes up on (Craig) Smith, (Brad Marchand) got called for that in Game 1. I could go on and on, (Chris) Wagner the other day in front of the net. Maybe we need to sell them more, flop. But that’s not us. You just hope they’d see them. The same calls go against us. It’s not like I’m sitting here going, ‘Well, every call against us sucks.’ It’s not true. The end of the day, — the similar plays– they need to be penalized on those plays.

“Like I said, I think they’ve done a great job selling that narrative that they’re clean. They play hard, hard brand of hockey. I love the way they play, but they commit as many fractions as we do. Trust me. It’s just a matter of calling them. That’s the part that gets frustrating. But you play through it.”

Here are some other notes from Monday’s Bruins-Islanders Game 5:

— The penalty kill was not at its best Monday, allowing the Islanders to capitalize three times.

Still, Boston was keeping pace with New York and outshooting its opponent throughout the game.

“It’s obviously frustrating,” Cassidy said. “We felt we were the better team and we didn’t win.”

— Tuukka Rask was pulled after the second period and was replaced by Jeremy Swayman. The 22-year-old goalie did give up a goal.

Naturally, questions arose whether Rask was hurt or just didn’t have it in Game 5.

“Yeah, there was some maintenance that needs to be done, he wasn’t 100% so we made a decision,” Cassidy said. “And that’s a call we had to make between periods. I’ll just say he wasn?t himself, 100%. Certainly could have went back in. We made a decision not to put him back in.”

So, will Rask be ready for Game 6?

“I assume he will,” Cassidy said.

— Game 6 is set for Wednesday night at Nassau Coliseum, and Cassidy knows what is at stake.

Puck drop is set for 7:30 p.m. ET. The game will air on NBC, but NESN will carry an hour of pregame and postgame, as well as intermission reports on NESN.com. 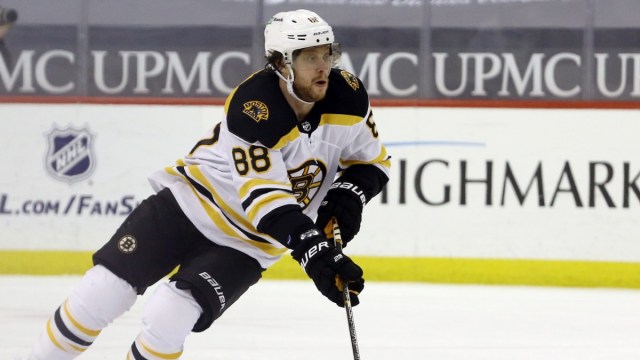 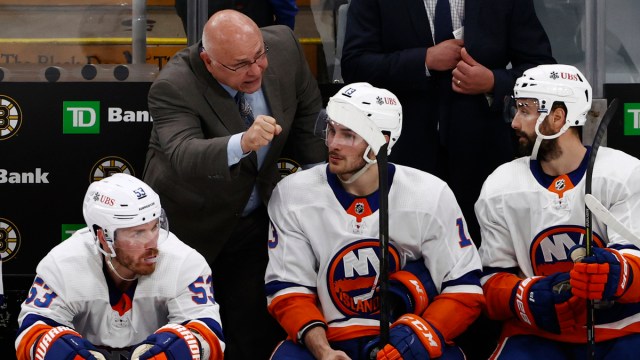