Ime Udoka believes Jayson Tatum and Jaylen Brown are capable of being two of the NBA’s best players.

The new Celtics head coach isn’t talking about years down the road either. He believes Boston’s faces of the franchise are able to reach those heights right now.

During his introductory press conference Monday morning, Udoka relayed his motivational message to Tatum and Brown.

” … Talking to Kawhi Leonard as a young guy, I used to tell him, ‘Why wait? What are you waiting for?” Udoka told reporters, as seen on NBC Sports Boston. “These guys don’t give him too much respect. I’d say the same thing to Jayson and Jaylen. You know, sky’s the limit. The fact that you’re not All-NBA, that should be a chip on your shoulder. You should play with that edge and want to prove people wrong. My message to them would be, ‘Why wait?’ The talent is there, work ethic is there. There’s a chance to be a better leader and more vocal at times, but don’t wait for anything. Go out and take it now.”

The C’s appear to be in good hands with Tatum and Brown leading the way. But judging off Boston’s 2020-21 campaign, it’s clear those stars need more help around them if the Celtics want to legitimately contend for a championship moving forward.

Why Ime Udoka Believes He’s In ‘Ideal Situation’ With Celtics 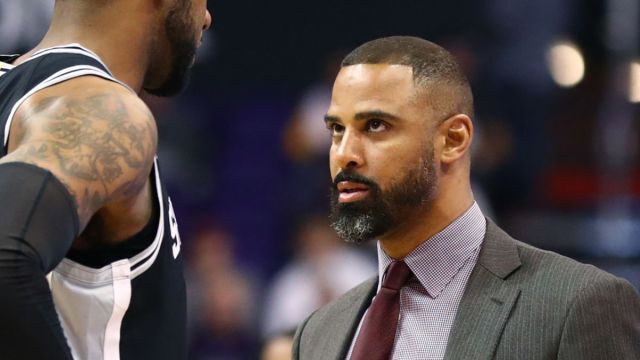