The Boston Red Sox have claimed a three-game sweep for the second consecutive night. And yes, you heard that right.

The Red Sox earned their fifth straight win with a 5-3 verdict over the Miami Marlins at Fenway Park on Monday. The win technically made for a second consecutive sweep as the contest was rescheduled from late last month. Boston took the first two games of the series against the Marlins on May 28 and 29.

The Red Sox bullpen came up clutch yet again, allowing just five hits over the final four-plus innings. The pitching staff buckled down in a number of high-leverage situations, depicted as the Marlins left 14 runners on base.

It was a knock-out, drag-out sort of game.

ON THE BUMP
— Nick Pivetta didn’t have his best command Monday and it showed as he didn’t make it though five innings. Pivetta was pulled after throwing 92 pitches in 4 2/3 innings.

Pivetta did at least limit the damage on the score board. He allowed just two runs on seven hits while striking out six. He threw first-pitch strikes to 13 of the 23 batters he faced while 54 of his 92 pitches went for strikes.

Pivetta got out of a jam in the first after allowing each of the first two batters reach base on singles. He struck out the final two batters of the inning to strand runners on first and second. The Marlins scored one run in the fourth, but Pivetta induced an inning-ending double play to get out of a jam with runners at first and third.

— Garrett Whitlock relived Pivetta in the fifth and threw just two pitches, both of which went for strikes. He didn’t come back out for the sixth as he went just 1/3 of an inning.

— Darwinzon Hernandez came out for the sixth and got two quick outs. Hernandez, however, then allowed one hit and hit a batter, which resulted in him getting the hook after going 2/3 of an inning.

— Sawamura took over with runners on first and second in the sixth. And while Sawamura ended up walking the first batter he faced, he came away with a high-leverage strikeout against No. 3 batter and designated hitter Jesus Aguilar. It got the Red Sox out of the inning as the Marlins stranded three runners.

Sawamura then came back out and retired the side in order in the seventh. It concluded yet another impressive relief performance — two strikeouts in 1 1/3 innings — from the right-hander.

— Miami stranded 10 runners on base during the first six innings.

— Josh Taylor came out for the eighth and got two outs while allowing one hit with one strikeout. He was pulled with runners on first and second.

— Adam Ottavino ended the inning with three strikes on three pitches against No. 2 batter Starling Marte.

Ottavino came back on for the ninth and, despite allowing the tying runner at the second base, induced a game-ending ground ball to put it away.

IN THE BATTER’S BOX
— The Red Sox got on the scoreboard first and took a 1-0 lead in the first inning.

Bogaerts started a two-out rally with a single to left. He went to third on a two-out single by Rafael Devers and later scored on a wild pitch.

— Boston took a 2-0 lead in the third inning after a lead-off ground rule double by Arroyo. Arroyo scored one batter later after a RBI double by Verdugo.

— The Red Sox scored three runs in the fourth to build some separation. Boston also benefitted from a pair of errors by the Marlins.

Kevin Plawecki and Kike Hernandez recorded back-to-back one-out singles to right field. Both runners scored on a two-run single by Arroyo. Arroyo would then advance to second on a throwing error and ultimately score one batter later on another throwing error.

— The Red Sox concluded with 10 hits while leaving seven runners on base.

UP NEXT
The Red Sox will return to Fenway Park on Tuesday as they host the Houston Astros in the first game of the three-game set. 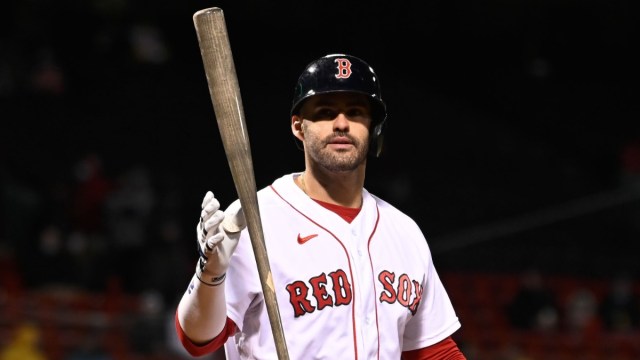 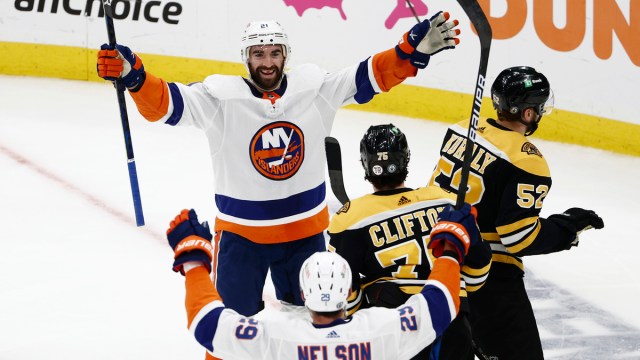 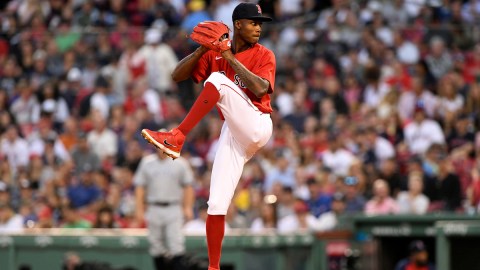 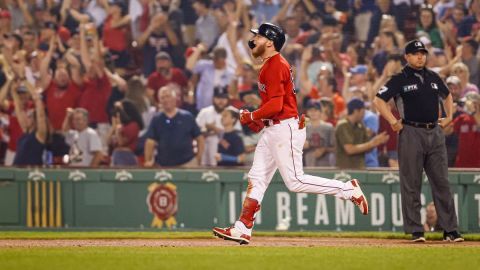