The Boston Red Sox entered Sunday’s game against the Toronto Blue Jays looking to salvage a series split and instead were dealt a heartbreaking defeat.

Toronto’s George Springer hit a three-run home run with two outs in the eighth inning against Matt Barnes to propel to Blue Jays to a 9-8 comeback verdict.

And it came after Boston’s offense provided starter Garrett Richards and the Boston bullpen plenty of help.

Still, it wasn’t enough as the bullpen allowed five runs on four hits over the final three innings.

GAME IN A WORD
Devastating.

The Red Sox scored seven runs on 12 hits in the first four innings only to watch the Blue Jays come back from a four-run deficit after six frames.

ON THE BUMP
— Richards got through five innings and allowed four runs on six hits with one walk. Richards struck out two with 56 of his 86 pitches going for strikes.

Richards allowed a two-run home run to Vladimir Guerrero Jr. in the fifth inning and RBI singles in both the first and third frames. He induced a ground ball to get out of a first-inning threat with runners at the corners before retiring the side in order in both the second — after a three-run inning for the Red Sox — and fourth frames.

— Josh Taylor relieved Richards but made it through just 1/3 of the sixth. He was pulled after allowing a lead-off walk and one-out single.

— Yirokazu Sawamura retired each of the first two batters he faced in the sixth as Toronto left runners on first and second. He threw seven pitches in the seventh inning (no strikes) and was pulled due to right elbow tightness.

— Adam Ottavino labored through the remainder of the seventh but benefitted from some bad Toronto base running as the Blue Jays recorded both outs on the base paths.

Ottavino went 1 2/3 innings, his longest outing of the season, and allowed one run on two hits.

— Barnes took the mound with two outs in the eighth and gave up a three-run home run to Springer. It gave the Blue Jays their first lead since the first inning. Barnes took the loss.

— Toronto had the lead off man aboard in the first (single), third (error), fifth (walk), sixth (walk) and seventh (walk). Four of those five times they came around to score.

IN THE BATTER’S BOX
— Boston’s offense came alive early against Ryu while scoring three runs on five hits in the second inning.

Martinez ripped an RBI double to left field to score Rafael Devers (lead-off single) and advanced to third on a throwing error. Plawecki, the very next batter, connected on a RBI single to score Martinez from third. Bobby Dalbec kept the rally going with a single before the Red Sox recorded their first out after four straight knocks. Kiké Hernández added a two-out RBI single to score Plawecki as Boston took a 3-0 lead.

— The Red Sox added another run in the third as Plawecki recorded his second RBI on a one-out double to score Xander Bogaerts. Boston left a pair of runners in scoring position as Dalbec struck out and Jonathan Araúz flied out to end the threat.

— And it didn’t stop in the fourth inning.

Martinez delivered his second hit and third RBI on a two-run single with two outs in the frame. Hernández (field’s choice) and Bogaerts (single) scored. And then it was Plawecki, again, who came through with a RBI single for his third hit and third RBI as Devers (walk) dodged a tag and scored from second.

— The Red Sox added another run in the sixth inning to take a 8-4 lead.

— The Red Sox were retired in order during the first and seventh innings.

TWEET OF THE GAME
The Red Sox revealed Chris Sale officially will make his return Saturday against the Baltimore Orioles.

UP NEXT
The Red Sox return to Fenway Park on Tuesday to host the Tampa Bay Rays in the opener of their three-game set. 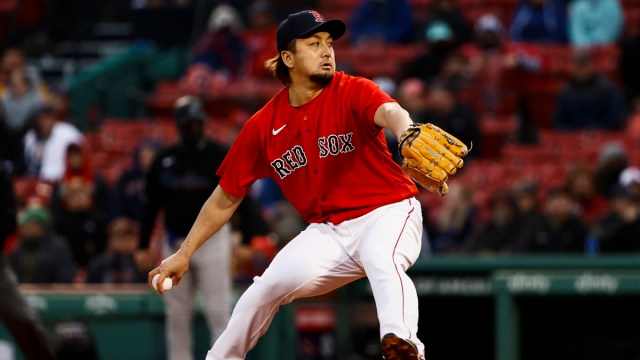 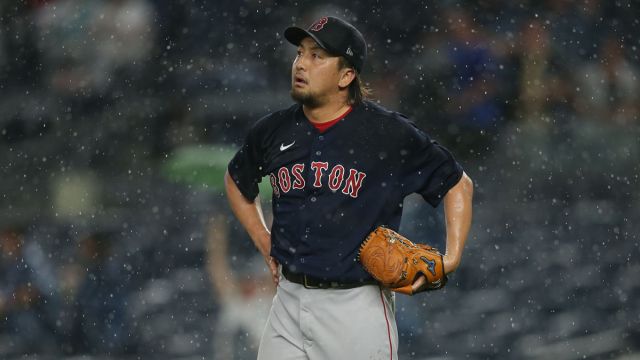