Tom Brady recently said in a video with Tampa Bay Buccaneers teammate Rob Gronkowski that he believes he’s capable of playing in the NFL until age 50.

The Bucs quarterback, now in his age-44 season, elaborated on the possibility Monday during a conversation with Jim Gray on his “Let’s Go!” podcast.

“Well, I think Gronk asked if I thought I could. Whether I think I can or I will are two different things,” Brady said. “So, I think from my body standpoint and how I’ve been able to take care of myself over the years can put me in a position to do that, and you never know what can happen as I keep moving forward. I know I’m having a lot of fun playing. And again, at my age, I’ve agreed to play next year, as well, but beyond that, it’ll just take it year by year.

“But I do think if I wanted to continue to do it, I have a really good routine. And again, I’ve talked about it ad nauseum, I think everyone can get tired of hearing me, I’ve written a book on it — about how to take care of yourself. And I hope people adopt it, I’m hoping I can really inspire a lot of other people who think the limits have been set. I think that people are blowing through limits these days more than ever. So, I’ve put myself in a good position to I think even this year compete really hard and play well. I’m gonna try to do the same next year, and beyond that, we’ll see. But I’m gonna keep tightening up my routine a little bit more and more each year.”

Brady, who spent 20 years with the New England Patriots before signing with the Buccaneers last offseason, guided Tampa Bay to a Super Bowl title in his first season with the organization. He’s also shown no signs of slowing down through two weeks of the 2021 campaign. So, maybe playing until age 50 isn’t out of the question.

“I’m sure Tom would know better than anybody,” Patriots head coach Bill Belichick said Monday during an appearance on WEEI’s “The Greg Hill Show” when asked about the possibility. “So, if anybody can do it, it’s probably him.”

Brady offered a relatively short response when Gray asked him about his former coach’s (monotone) comments. Either way, it’s probably unwise to doubt Brady regarding anything at this point.

Brady, a seven-time Super Bowl champion in his 22nd NFL season, is under contract with the Buccaneers through 2022. 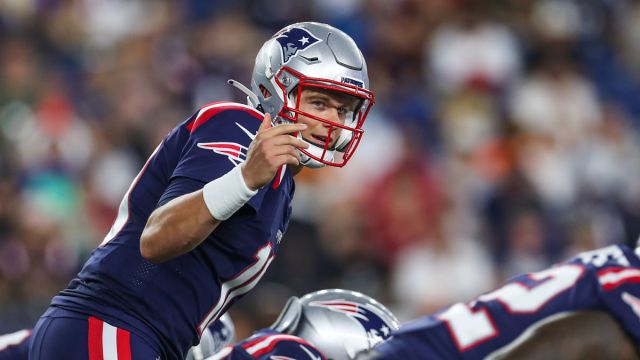