Jets Game Should Have You Worried About Patriots Offense, But Not Too Worried Skip to content

Why, then, does New England’s offense look so bad through two weeks?

The Patriots, with Mac Jones leading the way, scored 16 points in a Week 1 loss to the Miami Dolphins and 25 points in Sunday’s win over the New York Jets. The offense has scored three touchdowns (one pass, two rush) and Nick Folk has seven field goals. New England’s defense has forced five turnovers, most of which have given the offense strong starting field position.

The Patriots have been especially bad in the red zone. They rank dead last in success rate, and Jones actually hasn’t thrown a pass more than 3 yards downfield in the red area.

But forget the numbers. If you’ve watched this team, you know something has looked off since the first drive of the season.

The offensive line, especially the right and left tackles, has not been good. Execution in the red zone — penalties, turnovers, drops, blown protection — needs to improve. Jones hasn’t even thrown the ball over the goal line, despite being near it plenty of times. Drives often have looked promising before blowing up and resulting either in field goals or punts.

So, should you be worried about how this offense has performed through two weeks? Yes, but it’s complicated.

First, let’s look at the bright side.

Ultimately, there’s reason to believe things will get better, and soon. Yes, Jones has left plays on the field and the offense overall has been more conservative than not, but it’s not because coaches lack faith in his ability to drive the ball down the field.

“I trust (Jones) completely,” offensive coordinator Josh McDaniels said Tuesday in a video conference. “… Believe me, there’s not a whole lot we’re holding back for him.”

McDaniels added: “It’s not like he’s not (throwing downfield). It’s just there’s certain times when it’s the right time to do it and certain times where it’s not. And I’ve got to continue to work hard myself to try to provide our offense with opportunities to do that if it presents itself.”

Regardless of what McDaniels says, the Patriots need to be more aggressive in the red zone. And they will be.

As for the offensive line, there is no way it remains this bad. This group is too talented, with or without Trent Brown, to continue playing this way. The Patriots will coach it up and get the O-line to play at a reasonably high level — one way or another.

The pass-catchers, particularly newcomers Kendrick Bourne and Nelson Agholor, as well as stud tight ends Jonnu Smith and Hunter Henry, all should improve as the season progresses. They need more time with Jones, and he needs more time with them. This is a work in progress.

And that’s the overarching point: The entire Patriots offense needs more reps and time to jell. There are a lot of new players on this team, along with some holdovers playing new positions.

Now for some skepticism.

Just how much better can this offense realistically get? More importantly, do they have enough time to get things figured out?

Again, we’re talking about a rookie quarterback — you just never know. The receivers are talented, but neither Agholor nor Bourne has have sniffed a Pro Bowl. Smith should be a weapon at tight for the Patriots, but Henry? He’s not all that fast and really is best used in short-yardage situations.

Brown’s injury is concerning, and New England’s depth at right tackle is uninspiring, to put it mildly. What if Isaiah Wynn’s struggles on the left side continue? What if he’s not franchise-left tackle material?

The Patriots likely are going to duke it out for a Wild Card spot, assuming they’re in playoff contention by the end of the season. They probably will need at least 10 wins to have a shot at qualifying for the postseason.

So, they can’t wait much longer to get the offense in gear. Not with teams like the Tampa Bay Buccaneers looming and a brutal six-game stretch awaiting them in the second half of the season.

This offense has the potential to be above average, but it needs to get its act together before it’s too late. 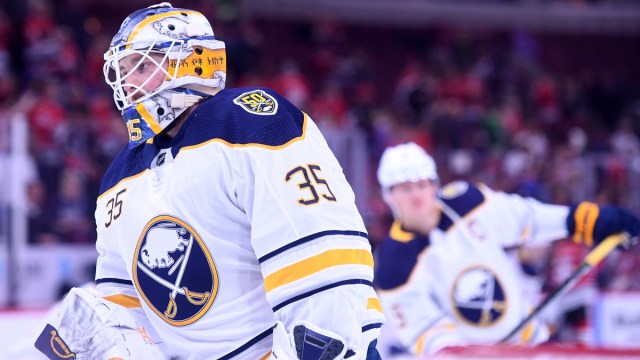 Why Linus Ullmark Texted Jeremy Swayman After Signing With Bruins 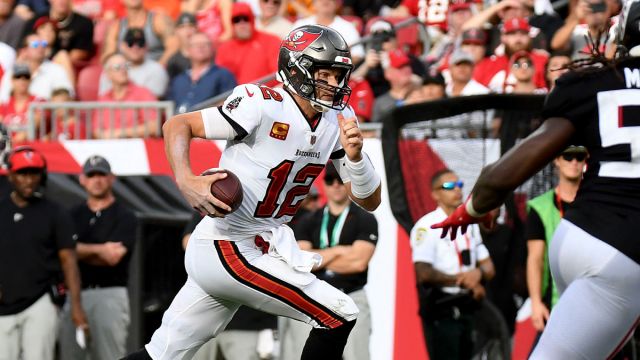