New England Patriots head coach Bill Belichick has a favorable track record against rookie quarterbacks and he’ll have his first taste of the Class of 2021 with New York Jets signal-caller Zach Wilson.

Wilson, who was selected No. 2 overall behind Trevor Lawrence, and the Jets will face the Patriots at MetLife Stadium on Sunday. Both teams enter the AFC East contest having lost their respective season openers.

Belichick, however, seems to be impressed by what Wilson put on film during that Week 1 loss to the Carolina Panthers. He explained the challenge that awaits the Patriots given the skillset of the BYU product.

“He’s an explosive player,” Belichick said Wednesday prior to the Week 2 matchup. “He’s got a great arm. Live arm. Makes all the throws. Athletic. Like any young player, you know, they gain experience and get better every time they go out there.”

Wilson’s scrambling ability seems to be one thing that stuck out to the Patriots coach. Wilson, of course, was forced to show that ability as he was under consistent pressure behind a pedestrian offensive line.

“Out of the pocket. In the pocket. It’s the unpredictability that comes with players like that,” Belichick said. “You have things under control. You have a pattern covered, and then something happens, and they make a big play. They can turn plays that don’t start good into explosive plays offensively, and that’s a big challenge for us, to play every play all the way through, finish the plays and compete for the entire down. He puts a lot of pressure on you and so does the offense.”

Of course, Belichick was perhaps more complimentary than the New York offense deserves. After all, the Jets scored just 14 points after compiling 252 yards of total offense in their only game this season. A major aspect of that was the lack of protection by the offensive line as Wilson was sacked six times. And it had an impact on Wilson, who compiled some first-half stats that were noteworthy for all the wrong reasons.

That group now will be without its starting left tackle Mekhi Becton, too, which makes it a favorable matchup for Belichick and the Patriots defense. 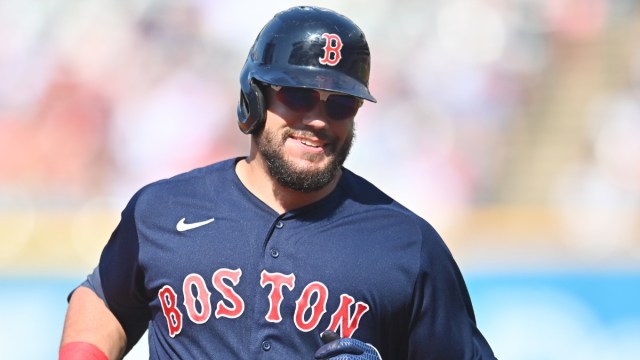