The Boston Bruins’ decision to waive two capable veterans in John Moore and Chris Wagner was a relatively straightforward decision.

Put simply, there were guys ahead of them.

“There’s a lot that goes into it,” Bruins head coach Bruce Cassidy explained to reporters Sunday. “One of the things is that this time of year if there’s a player that goes on waivers, so if we see somebody that could help our team, we have to have a space to put the player on our team. The easiest answer is that there are players in front of them and some of them would require waivers, so you have to make tough decisions on who you?re going to expose. I think that’s what it came down to and it happened to be Wagner and Moore.

Moore and Wagner, both of whom signed with the Bruins in the Summer of 2018, got waived Saturday and ended up clearing Sunday. They practiced with Boston on Sunday at Warrior Ice Arena, and it’s unclear if the Bruins plan to assign one or both players to Providence.

The Bruins seem content with a Trent Frederic–Tomas Nosek–Curtis Lazar fourth line. But Lazar is now week-to-week with an upper-body injury, and the Bruins having Karson Kuhlman skate in his place Saturday during practice was a sign Wagner could be the odd man out. Kuhlman requires waivers, as does Anton Blidh, who also is still with the main club. Jack Studnicka has made a legitimate push for a roster spot, but he is waivers exempt.

Connor Clifton appeared to have the third pairing right side defense role locked down, so Moore’s main competition as the seventh defenseman was Jakub Zboril, who almost certainly would get claimed if waived.

The moves are not a sign of how the Bruins view either player, however.

“Johnny has bounced back from his surgery well and has shown that he’s got good life and good legs,” Cassidy said. “We have guys ahead of him, but Clifton would be the main competition with Clifton a right (stick) and Johnny a (left) stick. But Moore has been practicing on the right and playing on the right and doing a good job.

“Wagner is a good soldier and an effective penalty killer. He can be physical. The makeup of that line with Nosek and Frederic and if it was Wagner is that it’s lacking a little bit of pace. So that?s why we thought about with putting (Kuhlman) in there. So. that’s sort of where we have them in comparison to other players here. Both great Bruins, great team guys and well-liked by their teammates. But there’s certainly no finality here.”

It would not be surprising to see either called up quickly. Both are steady veteran players, and last injuries are bound to hit teams at any given point. Surely, the Bruins are happy both players cleared waivers. 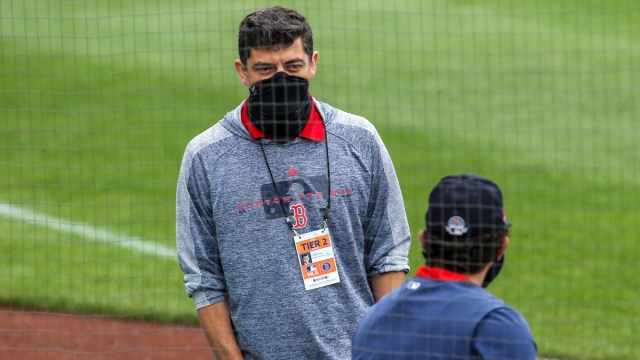 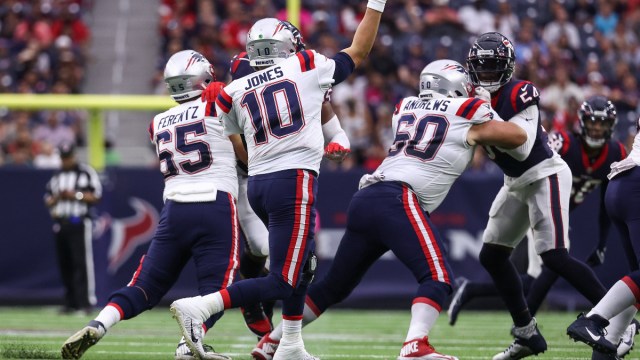 How Patriots’ O-Line Overcame Unprecedented Odds In Win Over Texans