The Boston Bruins put up quite a fight in the first period of Wednesday’s game against the undefeated Florida Panthers, and while the home team came back to tie things up after Jack Studnicka and Charlie Coyle connected for a goal, there was no reason to believe Boston couldn’t complete the job on the road.

“I liked our first. Our start was excellent. It’s 1-1, we felt pretty good about our game,” head coach Bruce Cassidy said postgame. “If we could continue that, then we’d be on the right side of it. But it didn’t happen in the second period. All of the things we did well in the first period, specifically manage the puck against a good offensive team, we did the opposite in the second.”

The nail was in the coffin as the Panthers added two goals in the third. And even though Boston rallied back to get 14 shots off in the third period, the damage was done, and Florida came away with the 4-1 win and a 7-0 record.

— Brad Marchand and David Pastrnak both entered having logged points in every game so far. But their streaks ended in Wednesday’s loss.

“I think both teams’ high-end players tonight weren’t as involved … it came down to a little more of their depth outplayed ours in terms of finishing. They had some (defense) get involved, make some plays that we left some on the table. I think they canceled each other out in terms of not being able to finish.”

— Linus Ullmark had the opportunity to make Bruins history, if the team won. He would have been just the eighth goaltender to win his first three Bruins starts. While he finished with 23 saves, the Bruins offense wasn’t enough overcome the onslaught.

Cassidy was hesitant to put the blame for the loss on his netminder.

“I think it came down to a couple of plays at each end where they got a save or they finished or the opposite for us. I’m not putting it on Ullmark, I’m just saying that’s what it came down to. It could have easily been the other way.”

— Sergei Bobrovsky entered with a 1.99 goals against average through four starts, and he had quite the night to build on that. He stopped 29 of 30 shots from the Bruins to help Florida keep its streak going.

— The Bruins are back in action Thursday for the second half of a back-to-back, traveling to the Carolina Hurricanes, then they’ll travel home to host the Panthers on Saturday. 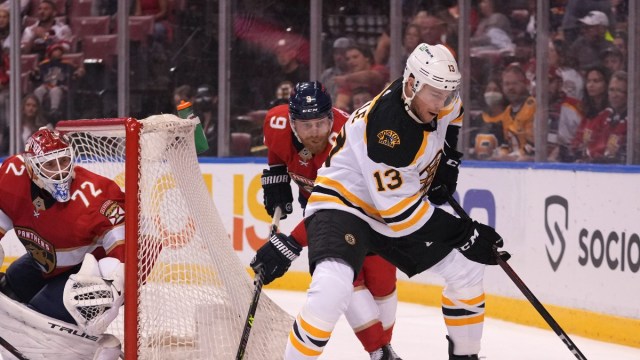 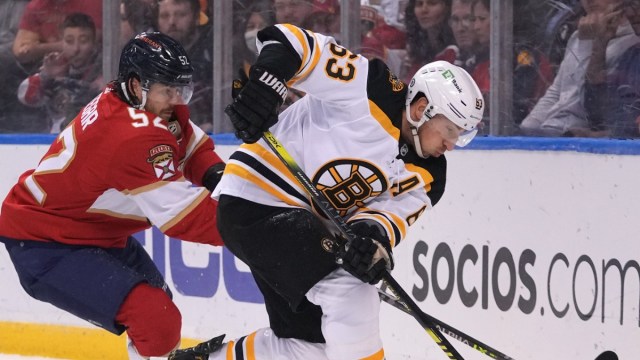