Facing third-and-25 with 31 seconds left in the fourth quarter after a boneheaded penalty on offensive lineman Connor Williams, Prescott stood in the pocket and delivered a 24-yard strike down the middle to Lamb. The completion didn’t move the chains, but it brought the Cowboys into field-goal range.

Asked after the game about that costly completion, safety Devin McCourty lamented that the Patriots did not have more defensive backs on the field in that obvious passing situation. They were in their dime package with three cornerbacks (J.C. Jackson, Jalen Mills and Jonathan Jones) and three safeties (McCourty, Kyle Dugger and Adrian Phillips).

Inside receiver Cedrick Wilson ran a vertical route that occupied McCourty, the deep safety, and Lamb ran a deep in-cut behind him to separate from Mills. With just two defenders actively rushing the quarterback, Prescott — who wasn’t sacked and was only hit four times on 51 dropbacks — had a clean pocket to throw from.

The Patriots’ only other available DBs were Bethel and Cody Davis, both of whom rarely play on defense.

Bethel, a standout punt gunner, made a brief defensive cameo earlier in the game when Jones suffered a ribs injury. He had a key end-zone pass breakup that led to a Dugger interception but acknowledged postgame that opposing quarterbacks will target him due to his lack of recent defensive experience. Davis has played one defensive snap in two seasons with the Patriots.

Cornerbacks Joejuan Williams (healthy scratch) and Shaun Wade (concussion) were inactive for Sunday’s game, and slot/safety Myles Bryant was not elevated from the practice squad. The Patriots would be getting star cornerback Stephon Gilmore back from the physically unable to perform list this week, but they traded him to Carolina for a 2023 sixth-round pick.

Head coach Bill Belichick said the six-DB package was “what we had planned on.”

Lamb led all receivers with nine catches on 11 targets for 149 yards and two touchdowns, including the game-winning 35-yarder in overtime. Prescott’s 445 passing yards were the most ever allowed by a Belichick-coached Patriots team, as were the Cowboys’ 567 total yards. 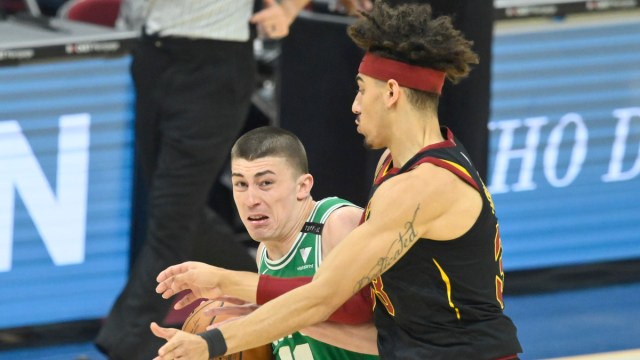 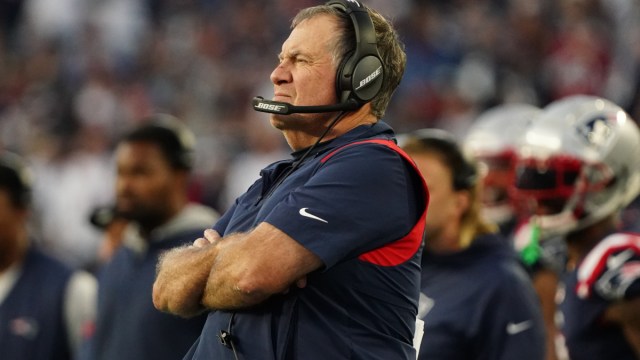 Why Was Bill Belichick Bloodied On Sideline During Patriots-Cowboys?