The Boston Bruins have reached the turn in their preseason schedule, and the back half of their exhibition slate begins Saturday against the New York Rangers.

Boston will play its fourth preseason game of the season Saturday at TD Garden, and it’s looking like the Bruins’ side will feature plenty of regulars.

Brad Marchand won’t play, so Jesper Froden seems like the likely candidate to take his spot on the top line with Patrice Bergeron and David Pastrnak. Charlie Coyle won’t play until Wednesday, so it’ll be Jack Studnicka centering Taylor Hall and Craig Smith.

Tomas Nosek centered Trent Frederic and Karson Kuhlman in Saturday morning’s skate, while both Froden and Samuel Asselin played with Curtis Lazar and Zach Senyshyn on the fourth line. Asselin seems like the more natural fit on that unit.

At the blue line, the Bruins will play five regulars, with the sixth, Brady Lyle, being among the more interesting Bruins prospects in camp. He’ll skate with Matt Grzelcyk.

Linus Ullmark and Kyle Keyser will be in net for the Bruins.

The Rangers’ travelling roster won’t include some of its top dogs, including Artemi Panarin, Mika Zibanejad, Adam Fox and Jacob Trouba.

Here are the projected lines for Saturday’s Bruins-Rangers preseason game. 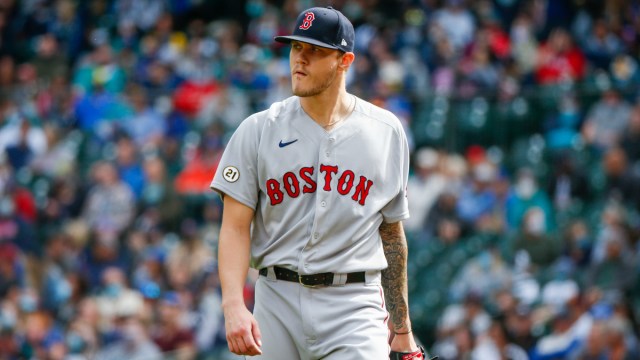 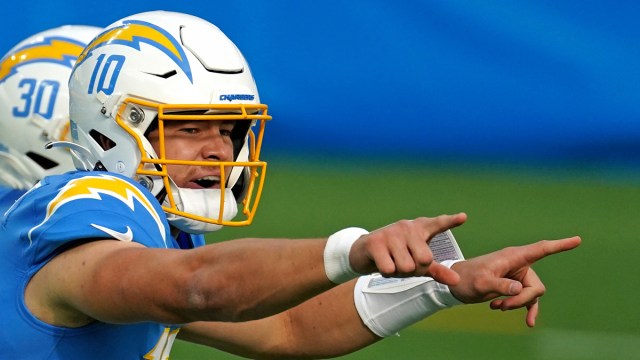 NFL SuperContest Picks: Raiders Due For Loss Against Upstart Chargers In Week 4