Brad Marchand Aware Of Reputation, But Wishes DoPS Had Seen Past It Skip to content

BOSTON — Brad Marchand is acutely aware of the reputation he built for himself early on in his career.

The Boston Bruins winger carved his way into the NHL by playing a gritty game and going right up to the line, but too often, he will admit, he crossed it.

But he and his teammates are quick to say that over the last few seasons, he’s made a concerted effort to get away from that. In doing so, he’s become one of the best all-situations players in the NHL, popping up on Hart and Selke ballots.

Leniency he did not get though from the NHL’s Department of Player Safety, as Marchand was suspended Monday for three games due to a slew foot of Vancouver Canucks defenseman Oliver Ekman-Larsson.

“I have tried extremely hard over the last four years to get away from the reputation I’ve had, I think I’ve done an extremely good job at that,” Marchand said Tuesday at Warrior Ice Arena. “I know early on I crossed over the line a lot of times, and it’s unfortunate that it continues to haunt me. It’s 310-plus games, almost four years of good, hard — I mean, I play hard, there’s no question, and I compete.

“But I am no longer the player that I was, and that I felt like I had to be in order to establish myself. So I was hoping at this point that they would’ve seen past what’s gone on before that. … I feel like I’ve completely transformed myself from the player I was to a player that should be respected in this league for his abilities. But again, I understand completely the history that I have, and I was just hoping that they would’ve seen past that, and obviously that wasn’t the case.”

His reputation, Marchand confirmed, was indeed mentioned during his hearing.

“They expressed that. That’s part of the conversation, it always will be, which I get,” Marchand said. “I’m not oblivious to my past and I don’t deny that it’s there and say that I deserved everything that was there. But it will always, in these hearings, it will always be brought up.

“I was just personally hoping that it wouldn’t be because I’ve worked to get away from that and be a good player. I was hoping it wouldn’t be part of it and I’d be given the benefit of the doubt. But that’s not up for me to decide. I’m not going to criticize them. They’re doing their job and doing it the way they feel is fit. I was just caught a little off guard because of, again, how things have been dealt with recently.

“I was hoping it would be dealt (with) that way, and not because of my previous history.”

Marchand and Bruins captain Patrice Bergeron both pointed towards the Department of Player Safety’s approach this season to slew-footing. Kevin Labanc only got a one-game suspension, while P.K. Subban has unleashed slew foots multiple times this season without punishment.

Regardless of what Labanc and Subban did, the NHL saw Marchand’s situation differently, right or wrong. 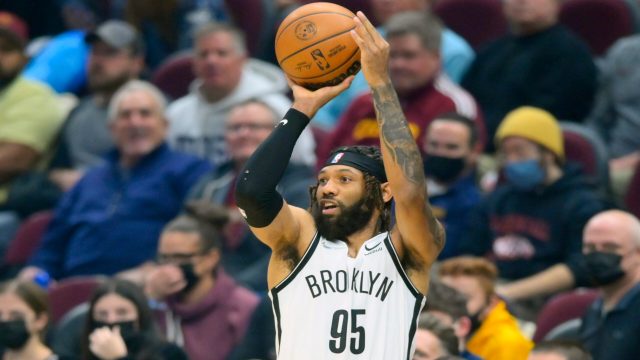