Mac Jones’ impressive rookie season has taken a downward turn in recent weeks, but Josh McDaniels says he has “no concern” about the New England Patriots’ young quarterback.

Two days after Jones endured arguably the worst outing of his NFL career in a 33-21 home loss to the Buffalo Bills, McDaniels dismissed the idea that he could be hitting a late-season rookie wall.

“He’s doing fine,” the Patriots offensive coordinator said in a video conference. “No concern on that. Each rookie kind of handles that differently. There’s always a stretch during the course of the middle of the season that’s a little bit new to him, because when you count the preseason games, preseason work, starting in July, usually that happens somewhere towards the end of October, middle of November — somewhere in there. But he’s gotten through that. He understands what he needs to do.”

Jones started a total of 17 games in his college career at Alabama. The first-round draft pick already has made 16 starts this season, plus three preseason appearances, with two regular season games and the playoffs still to come. His latest starts have lacked the crispness and accuracy that made him the front-runner for Offensive Rookie of the Year.

Against the Tennessee Titans in Week 12, Jones posted an impressive stat line (23 of 32, 310 yards, two touchdowns, no interceptions) but missed several red-zone throws and earned his lowest Pro Football Focus grade of the season to that point. Then, after attempting just three passes in a windswept Week 13 in Buffalo, Jones struggled in back-to-back losses to the Indianapolis Colts (two interceptions, including one near the goal line) and Bills (14 of 32, 145 yards, no touchdowns, two picks).

Those defeats featured two of Jones’ three lowest completion rates of the season, two of his four lowest passer ratings and two of his three multi-interception performances, though he led second-half comeback bids in both.

Over the first 12 weeks of the season, Jones’ PFF grade (84.0) ranked first among rookie quarterbacks and seventh among all QBs. Over the last four weeks, his 54.8 grade ranks fifth among rookies and 27th overall.

Despite these less-than-stellar stats, McDaniels said he’s pleased with how Jones has handled the grind of his first NFL season.

“It’s always a process,” McDaniels said. “I think he’s done a really good job of it. We continue to try to talk about that to all of our guys, but I’m not concerned about that. He’s ready to go. He wants to try to finish the season strong.”

“I know everybody’s going to point to the quarterback’s statistics and say, ‘Oh, he had a subpar day,’ (and) there’s definitely things that the quarterback can do better and will do better,” McDaniels said. “But the passing game is a function of a lot of people doing their job well, and there’s no shortcut to that. We miss a blitz pickup and the quarterback throws the ball away, it’s an incomplete pass, and he did the right thing.

“There’s a few situations like that that have come up. Look, we have to do as good of a job as we can of trying to have a good week of practice so that everybody goes out there and does the right thing.”

After scoring at least 25 points in nine consecutive games (with the help of several defensive touchdowns) and leading the NFL in point differential during their seven-game win streak, the Patriots have scored 14, 17 and 21 points over their last three contests, losing two. They’ve struggled on third down (9-for-37 over their last three games), been careless with the ball and gotten off to sluggish starts, falling behind 20-0 against Indy and 17-7 in their rematch with Buffalo. During their two-game losing skid, the Patriots scored seven points in the first half and 31 after halftime.

Asked how the Patriots can revitalize their offense as they make their final playoff push, McDaniels pointed to one word: “Consistency.”

“There’s stretches in these games where we play really well, and there’s stretches where our execution wanes a little bit,” the coach said. “There’s no shortcut to it. There never has been, there never will be. We want to do the right thing in terms of trying to put our guys in the right positions to be successful. … Four quarters, start the game the right way, limit the mistakes, limit turnovers, penalties, and try to play the game the right way from ahead. That’s our goal.”

Following four straight games against playoff-caliber opponents, Jones and the Patriots face a favorable matchup this Sunday against the 2-13 Jacksonville Jaguars at Gillette Stadium. 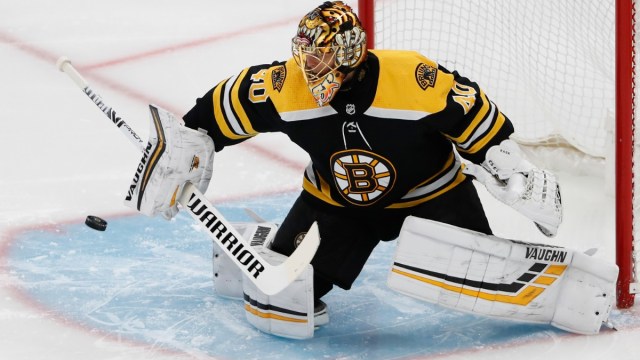 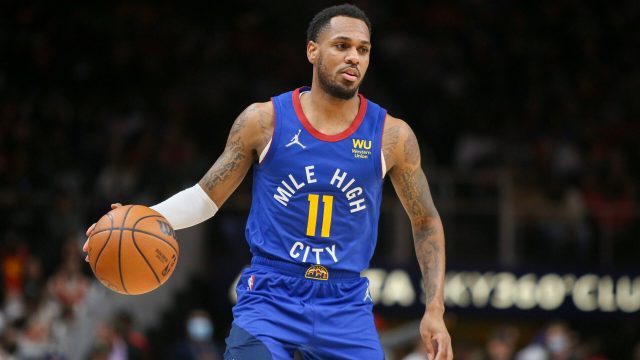