Gabriel Landeskog was among a handful of Avalanche players that essentially followed Taylor Hall all around the ice for the better part of 40 minutes Wednesday night after the Bruins forward collided with Landeskog’s teammate, Nathan MacKinnon, just two minutes into Boston’s eventual overtime loss.

McKinnon, who was leaking blood on the ice, did not return to the game. And while at first glance it looked like a questionable hit from Hall, further replay indicated it was a perfectly clean hockey play as it was McKinnon’s own stick that deflected into his face and caused the mess. It was an unfortunate result, sure, but not a dirty hit that Hall should have had to answer for.

Landeskog, however, after the Bruins second-line winger returned to the ice after what was downgraded to a two-minute interference penalty, followed Hall on ensuing shifts. He baited Hall into answering for the hit, though Hall never engaged. The winger, of note, was the recipient of six hits in first 40 minutes.

“It’s not fun seeing, you know, one of your best friends and obviously a top player on the ice bleeding like that,” Landeskog said of Hall’s hit after the game on the TNT broadcast.

“And honestly it wasn’t about me trying to go after Hall because I thought it was a dirty hit,” Landeskog added. “I actually looked at it after and it’s kind of unfortunate what happens, Nate’s stick comes up. But, in my opinion, it’s not about if was dirty or not, it’s just about sending a message about they’re gonna step up on our best player they’re gonna have to answer to somebody. Unfortunately (Hall) didn’t want to do it, but at least we were able to send a message a little bit.”

Landeskog wasn’t alone in the pursuit either. Hall received three straight cross checks from Colorado’s Erik Johnson midway through in the second period. Johnson finally was called for the penalty at 11:29 of the second after Andre Burakovsky was called for tripping one minute prior. It gave the Bruins a 5-on-3 power play which Boston took advantage of with two goals in 1:15 of man-advantage time. It gave Boston a 3-1 lead.

Fortunately for Landeskog and the Avalanche, they were able to overcome that costly penalty and Boston’s two-goal lead by scoring twice in the final 10 minutes to force overtime. Cale Makar netted the game-winner in overtime for Colorado.

As for Hall and the Bruins, they’ll now travel to the Arizona Coyotes on Friday with puck drop set for 9 p.m. ET. 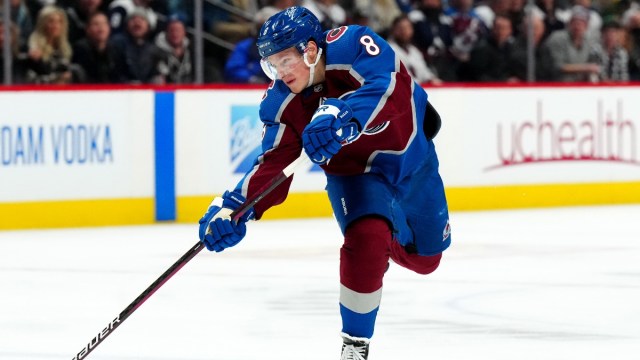 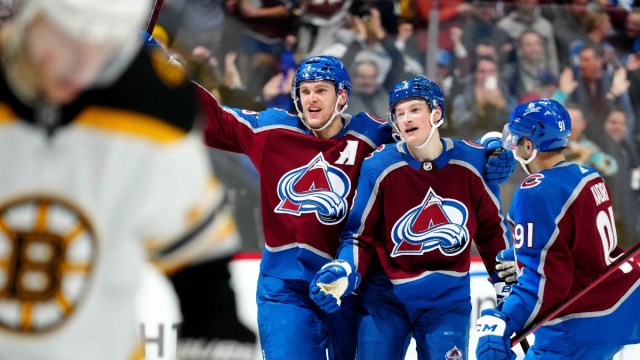