Boston looked like it was going to take down one the league’s finest Wednesday, but a late collapse earned the Bruins a second straight loss as they fell to the Colorado Avalanche in overtime, 4-3.

ONE KEY TAKEAWAY
It looked promising for the Bruins on Wednesday night, but they just couldn’t seal the deal and because of that, they dropped their second straight game. A loss is a loss and hurts in the standings, but the Bruins showed that they could play with anybody at any time.

Colorado entered the tilt winners of its last 16 games at home — its last loss came Nov. 3 — and sit atop the Western Conference standings. The Avalanche have been the best team in the NHL but the Bruins played right with them until the very end and earned a point of their own.

STARS OF THE GAME
— Jake DeBrusk opened the scoring for Boston and has been impressive game in general. The young winger’s goal was an impressive snipe past Darcy Kuemper and with the strike DeBrusk now has four points in his last four games.

— Charlie Coyle and Brad Marchand potted the Bruins’ other two goals and did so in just one minute and 15 seconds apart. Boston had a 5-on-3 power play opportunity and Coyle and Marchand both took full advantage.

— Young Avalanche defenseman Cale Makar was the hero on the night. Makar netted the overtime game-winner for his 17th goal of the season.

WAGER WATCH
If you placed a bet on the Avalanche to win Wednesday it got scary at points, but ultimately paid out. Colorado was the favorite in the clash and had odds set at -175 on the moneyline. If you placed a $175 bet down you would’ve walked away with $100 profit.

ON DECK AT NESN
The Bruins return to the ice Friday night on the road as they take on the Arizona Coyotes. Puck drop is scheduled for 9 p.m. ET right here on NESN. 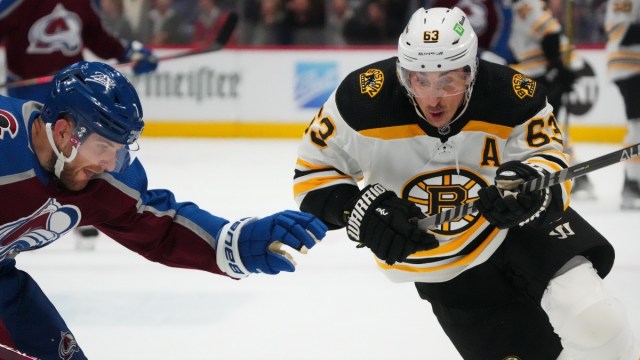 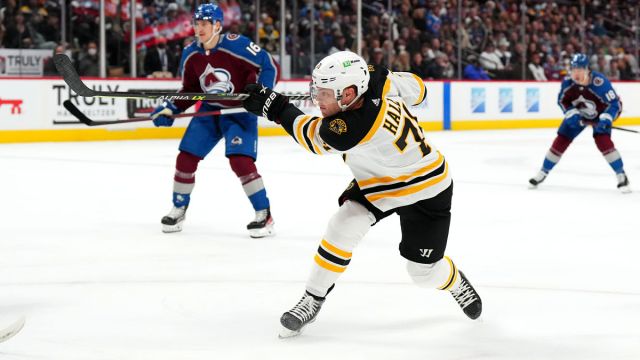