The Bruins took the defending Stanley Cup champion Tampa Bay Lightning to overtime and came out on top on Friday night at Amalie Arena.

Charlie Coyle scored in overtime to secure the 2-1 victory — and third place in the Atlantic Division — for Boston.

ONE BIG TAKEAWAY
The Bruins were shorthanded against the Lightning as David Pastrnak and Hampus Lindholm both were sidelined Friday night with injuries. But that didn’t stop them from holding their own against the physical Lightning.

Boston opened the scoring in the second period but the Lightning quickly answered, and that 1-1 game held all the way until the end of regulation.

Along the way, the Bruins outshot the Lightning a whopping 15-6 in that second period and managed to hold the Lightning scoreless on five power-play opportunities.

Boston came to play in this one, and it showed on the ice.

STARS OF THE GAME
— Jake DeBrusk scored the first goal for the Bruins seconds into the middle frame and earned an assist on Coyle’s game-winner.

— Linus Ullmark made 28 saves, returning to the net after Jeremy Swayman got the nod in Tuesday’s loss.

— Andrei Vasilevskiy made 35 stops for the Lightning.

WAGER WATCH
DeBrusk has been on quite a tear, entering Friday with six goals in six games. Bettors who picked him to continue the stretch with a goal could have been rewarded as he was +250 as an anytime scorer, but anyone who pegged him as the game’s first scorer got a healthy payout (+1600 at DraftKings Sportsbook).

UP NEXT ON NESN
The Bruins are back in action on Sunday against the Washington Capitals, with puck drop at 1:30 p.m. ET. That game will air on TNT, but the Black and Gold return to NESN on Tuesday night against the St. Louis Blues. Pregame coverage begins at 6 p.m. prior to a 7 p.m. puck drop. 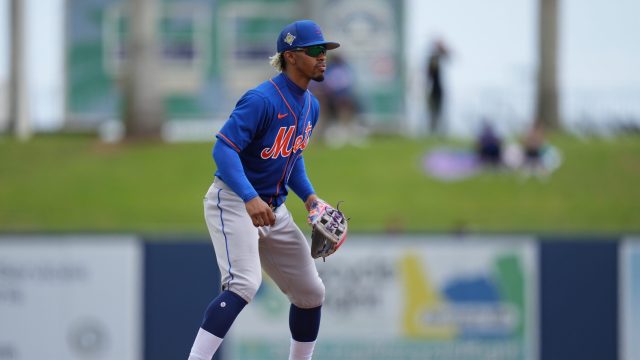 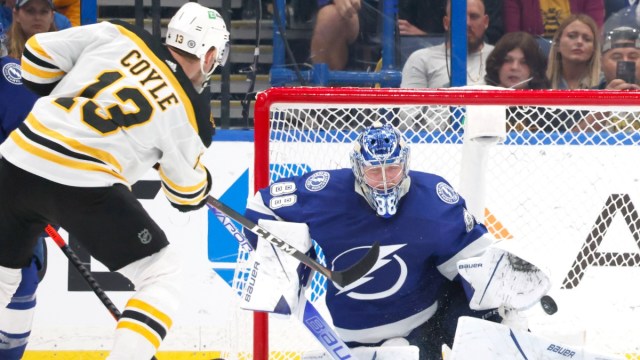