Jaylen Brown tweeted on Jan. 31: “The energy is about to shift”

The message seemed cryptic, as the Boston Celtics sat just one game above .500 and faced questions as to whether they’d ever contend for a title with Brown and Jayson Tatum leading the charge.

But the sentiment proved prophetic. The Celtics won 26 of their final 32 regular-season games to secure the No. 2 seed in the Eastern Conference. They swept the Brooklyn Nets in the first round of the playoffs and now have their sights set on knocking off the defending NBA champion Milwaukee Bucks.

So, what exactly was going through Brown’s mind when he took to Twitter just before the calendar flipped to February and Boston went on its season-altering run?

“You ever been in a time when things don’t seem to be going right, in life, everything just seems to be going wrong? I just felt like, just for everybody, things were about to shift,” Brown explained Wednesday on ESPN. “Certain times of the year, actually it was a retrograde, which means the planets were spinning in the opposite direction, for people who believe in that type of stuff. And I knew at that moment, the energy was about to change. So, I tweeted it out and we went on a win streak.”

Maybe the Celtics found a successful on-court formula. Maybe a sense of desperation set in with the NBA trade deadline looming. Or maybe Boston’s turnaround can be linked to a cosmic event.

The most practical explanation, however, centers on health and familiarity.

“I don’t think we did anything different than we had normally done,” Brown said. “We got healthy. I think that was a key thing. We had some injuries. I missed about 15 games earlier in the year. And that affected us. New teammates. New front office. New coaching staff. So we just had to get our feet set. Once we did, we’ve seen the results. I credit it to that.”

The skeptics were both loud and aplenty. Understandable given that Boston’s inconsistency dated back to last season, when the Celtics finished with an underwhelming 36-36 record and got bounced by the aforementioned Nets in the first round of the NBA playoffs.

But this season’s C’s bought into first-year head coach Ime Udoka. And the adversity faced early on has only strengthened Boston, to the point where many now expect the Celtics to reach the NBA Finals.

“I never lost faith, I’ll say that,” Brown said. “During the middle of all the turmoil, all the critiques, you can go back and pull the receipts, I always said that things were going to change, things were going to pick up. The energy — how we felt about each other and about the group — was always high, it was always consistent, it was always positive. I knew it was only a matter of time. We weren’t getting blown out. We were losing games by close margins. We just had to figure out how to win games and how to be healthy and stuff like that. And once we did, we knew we were going on a little bit of a run. And Ime was good about staying persistent in that manner, too. So it was just a matter of time.”

The energy certainly shifted for Boston — in the most positive way imaginable. 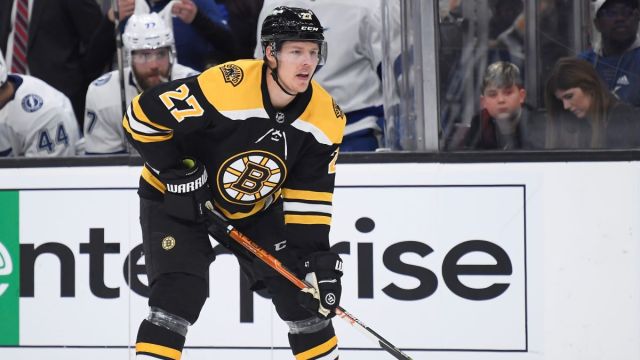 Hampus Lindholm, Brandon Carlo Paired Up For Game 2 Vs. Hurricanes 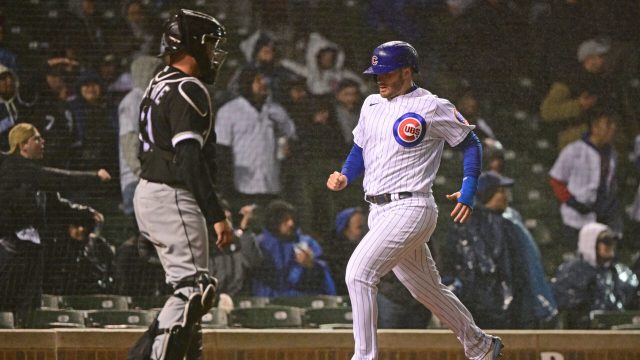