Quarterback? Wide receiver? Running back? How about all three?

D’Eriq King, a former quarterback at Miami and Houston who also has collegiate receiver experience, signed with the New England Patriots as an undrafted free agent over the weekend. King’s position in New England, he told Pro Football Network’s Aaron Wilson, essentially will be: all of the above.

“I was a little nervous because of the unknown, but I was blessed enough to sign with a team like the Patriots,” King told Wilson. “I’m thankful for the opportunity. It was an exciting time. I talked to (Patriots director of player personnel) Matt Groh, and he was excited. I’m thankful for the opportunity. He told me I’ll do a little bit of everything — receiver, quarterback, running back — whatever I can do to stick.

“(I’m) absolutely, definitely motivated to prove my worth. I’m just excited to play football, period. I’m definitely motivated, and you have a chip on your shoulder, whether you get drafted or not. I’ve played quarterback my whole life, but I think I can be a pretty good receiver, as well.”

At 5-foot-9, 196 pounds, King lacks ideal size for an NFL quarterback, and he might not have the short-area quickness to make it as a slot receiver, either. (His 7.26-second three-cone time is well below the Patriots’ usual standard for the position and a far cry from Julian Edelman’s 6.62.) But his athleticism, versatility and intangibles make him the most intriguing member of New England’s UDFA class and a worthwhile post-draft flier.

King, who reportedly had a private pre-draft workout with Patriots offensive assistant Joe Judge, split his time between QB and receiver early in his college career, totaling 61 catches for 502 yards and three touchdowns. He also threw for 76 touchdowns (with 19 interceptions) and rushed for 32 more in 49 collegiate games.

Eric Galko, director of football operations and player personnel at the East-West Shrine Bowl, in which King participated, told NESN.com this week that multiple teams viewed King as a potential multipositional player.

“I know a couple of teams — and it wasn’t the Patriots, but I would guess the Patriots have a similar mindset — believed that, in a perfect world, D’Eriq could be your third quarterback, your fourth running back, your fourth receiver and your backup return specialist and fill four roster spots with one guy,” Galko said. “I think that’s really the dream with a guy like D’Eriq King.” 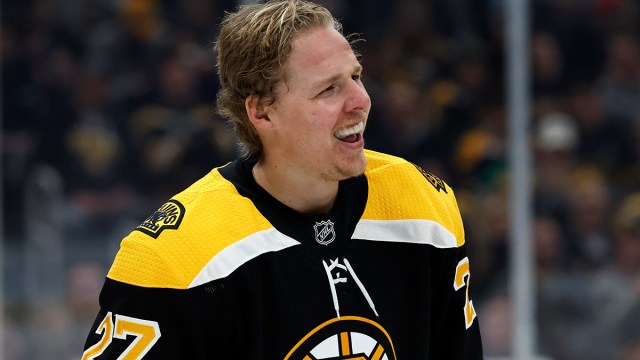 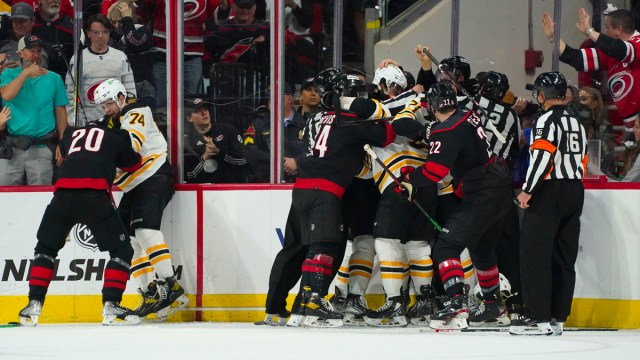