The New England Patriots added 10 new players to their roster during the 2022 NFL Draft, plus a half-dozen more through undrafted free agency.

How will those rookies — and other veteran newcomers who came aboard before the draft — fit into New England’s depth chart? Here’s an updated look at each position group as the Patriots prepare for organized team activities to kick off later this month:

As a fourth-round draft pick, Zappe will enter his first NFL training camp as a virtual roster lock. So will the 36-year-old Hoyer after the Patriots gave him $3 million guaranteed this offseason. No one in this group is challenging Jones for the starting job, so that likely leaves Stidham, who didn’t play a snap last season, as the odd man out. The Patriots will hope the 2019 fourth-rounder shows out in the preseason and becomes a potential trade chip.

We expected the Patriots to draft one developmental running back. But two? That was a surprise. Strong is a versatile back with 4.37 speed who stuffed the stat sheet in the FCS. Kevin Harris is a compact power rusher who posted pedestrian numbers last season post-back surgery. If both impress this summer, could New England look to trade incumbent lead back Damien Harris, who’s coming off a 15-touchdown season but is entering a contract year? White has yet to be medically cleared as he works his way back from season-ending hip surgery. Taylor, who recently attended throwing sessions with Jones and Patriots wideouts, could push for reps in White’s third-down role after logging just 47 total touches over his first two seasons. Two days after drafting Strong and Harris, the Patriots cut Devine Ozigbo, who spent a chunk of last season on the practice squad.

Ex-Patriot Jakob Johnson said the team plans to eliminate his position from its offense, as as of now, New England does not have any traditional fullbacks on its roster. Tight ends Jonnu Smith and Dalton Keene could see backfield action as H-back types in certain packages.

With no more fullback, New England appears poised to finally become a 12-personnel (two-tight end) team after largely ignoring that package during Henry and Smith’s first season. Only five teams ran fewer plays out of one-back, two-tight end sets than the Patriots did last season — a major surprise after they chose to pay the two big-money free agents a combined $25 million per year.

Parker, the Patriots’ marquee veteran addition this offseason, projects as their new No. 1 receiver if he can stay healthy. New England targeted Thornton in the second round for his rare speed (4.28-second 40-yard dash), but it’s unclear exactly how the Baylor burner will fit into this group. He’s a departure from what the Patriots typically look for in their wideout prospects. If Thornton proves to be an instant-impact player, could the Patriots cut or trade Agholor to free up some salary cap space? Their other rookie, the undrafted King, is trying to stick in the NFL as a slot receiver/gadget player after playing quarterback at Miami. It would be a significant surprise if Harry still was on the team in Week 1.

First-rounder Strange should be an immediate starter at left guard, where the Patriots had no obvious internal replacement for Ted Karras. Hines (sixth round) and Stueber (seventh) are intriguing late-round fliers who have wide-open paths to roster spots given New England’s lack of proven depth at guard or tackle. UDFAs Shanahan and Russey are backup center candidates. The former started there at LSU for the last two seasons, playing alongside Hines, and the latter made a remarkable 60 collegiate starts for Louisiana Tech and Houston. Desjarlais is a former CFL standout who signed a future contract with the Patriots in January.

The top options in this group will shift based on personnel and matchups. Wise, for instance, started nine games last season. Barmore will be the one to watch here as he looks to build on his impressive rookie campaign. He played 55.4% of defensive snaps in 2021 and should see that number rise this season. The Patriots chose not to make any high-profile additions here during draft weekend, grabbing Roberts out of Division-II Northwest Missouri State in Round 6 and signing Ray as a UDFA. A post-draft veteran signing — Trey Flowers, perhaps? — remains a possibility.

Linebacker had been viewed as a position of need entering the draft. The Patriots evidently disagreed. They passed on more than a half-dozen starting-caliber ‘backers in the early rounds, then ignored the position on Day 3 and in undrafted free agency, as well. Director of player personnel Matt Groh said he’s “really excited” about this current group and has high hopes for McGrone, an athletic 2021 fifth-round pick who lost his rookie season to a torn ACL. The Patriots re-signed Bentley, traded for Wilson and will get McMillan — who looked good in a small sample last summer — back from an ACL tear. This is another group New England could look to bolster post-draft, when free agent signings no longer count toward next year’s compensatory pick formula. Dont’a Hightower, Jamie Collins and Kyle Van Noy all remain unsigned and theoretically could return.

We’ll pencil in Uche as the other starter opposite Judon, but that spot is a major question mark after the Patriots cut Kyle Van Noy and traded Chase Winovich. Perkins, a 2021 third-rounder, will be a player to watch after he took a de facto redshirt last season. So far, the only rookie New England has added here is Mitchell, a UDFA out of Purdue.

We’ll plug Butler into one starting spot for now, but it’s unclear how he’ll look as he returns from a one-year retirement. Journeyman Mitchell also is a candidate for that role, which previously was held by J.C. Jackson. Top slot Jonathan Jones is coming off season-ending shoulder surgery. Third-round rookie Marcus Jones could push for playing time inside (and should be a weapon in the return game), while fourth-rounder Jack Jones is an intriguing addition to New England’s outside cornerback rotation. We’ll see if Wade, a 2021 fifth-rounder, can stick on the roster after hardly playing as a rookie. This could be the end of the road for Williams, a 2019 draft bust who’s lived near the bottom of the depth chart.

Expect a lot of big nickel (three safeties) from the Patriots again this season, with veteran newcomer Peppers joining the returning trio of McCourty, Dugger and Phillips. Bledsoe was praised for his work behind the scenes as a 2021 sixth-round rookie, but there still is a lot of talent above him. UDFA Schooler profiles as a special teamer if he can crack the roster.

The Patriots didn’t draft a punter, but they did sign an undrafted one to compete with Bailey, whose salary spikes to nearly $4 million this season and is nonguaranteed. Nordin again will attempt to unseat the steady Folk, but the latter will be the prohibitive favorite in that roster battle after signing a new two-year contract that included $2.3 million guaranteed. 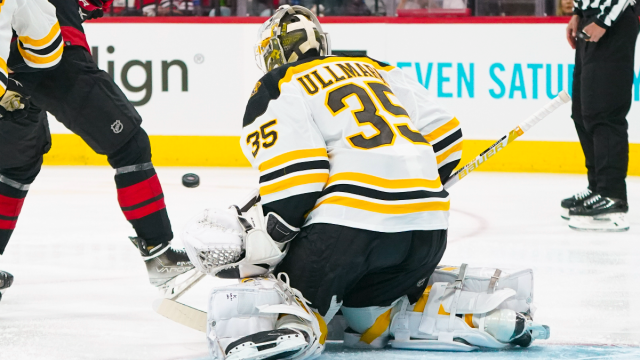 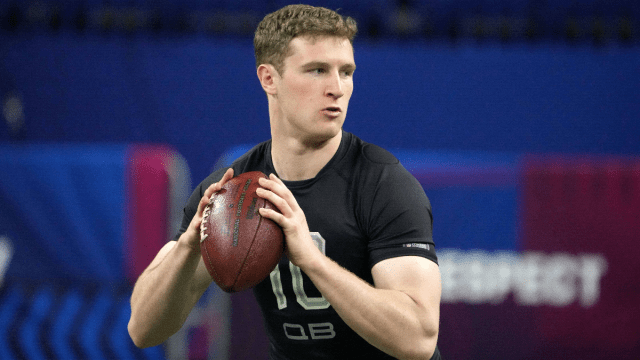