FOXBORO, Mass. — Jonnu Smith spent most of his first Patriots offseason away from Gillette Stadium, choosing to skip all voluntary New England workouts following the birth of his daughter.

He’s taking a different approach ahead of Year 2.

The veteran tight end on Monday confirmed he’s been a “full participant” in the Patriots’ offseason program, which began in mid-April.

Time will tell whether the extra time at the facility will help Smith rebound from his dreadful 2021 season, but he knows the value of these spring sessions.

“(Last year) I had a baby, man, so I definitely missed a lot,” Smith said after Day 1 of organized team activities. “And then in minicamp, I had (an injury), so my offseason was choppy. I had some great things like my baby girl being born, and I had some unfortunate setbacks, as well. I definitely missed some quality time here, man, and I recognize how valuable that time is. I’m just trying to take advantage of that.”

While Smith chose to attend voluntary OTAs and workouts this year, not every Patriots player did the same. A total of 13 were not spotted at Monday’s practice, including veteran starters Matthew Judon, Adrian Phillips, Lawrence Guy and Isaiah Wynn. Disgruntled receiver N’Keal Harry also has stayed away from Foxboro this spring.

It’s unclear which of these 13 players missed practice due to injury and which ones exercised their right to sit out. The only mandatory portion of New England’s spring schedule is the team’s three-day minicamp, which runs from June 7-9.

“Everybody’s got their own routine,” Smith said. “Older guys got the right, as they should, to be here or not. That’s their right. But just for me, in my opinion, there’s such a great team-bonding element to it. Just being here, being around the guys and just building that chemistry — to me, that’s what it’s about. And I think if we can improve that, I think everything else on the field will take care of itself. I’m just a big believer, and I’m seeing it coming to fruition. It’s good.”

The Patriots are banking on a resurgent season from Smith, who managed just 28 catches for 294 yards and one touchdown in Year 1 of his four-year, $50 million contract.

Team owner Robert Kraft has said New England is “making changes” aimed at maximizing Smith’s skill set after the 26-year-old averaged just 2.5 targets and 1.4 catches per game over his final 14 appearances (while also grading out as one of the NFL’s worst run blockers). Those changes could include a greater emphasis on two-tight end sets, which the Patriots hardly utilized last season despite paying Smith and Hunter Henry a combined $25 million per year.

Henry, who caught nine touchdown passes in an impressive 2021 campaign, was a limited participant in Monday’s OTA, so reporters have yet to see him and Smith on the field together this spring.

The Patriots’ offensive scheme is bound to undergo some alterations now that their roster no longer features a traditional fullback. But Smith stayed tight-lipped when asked whether his role will change. 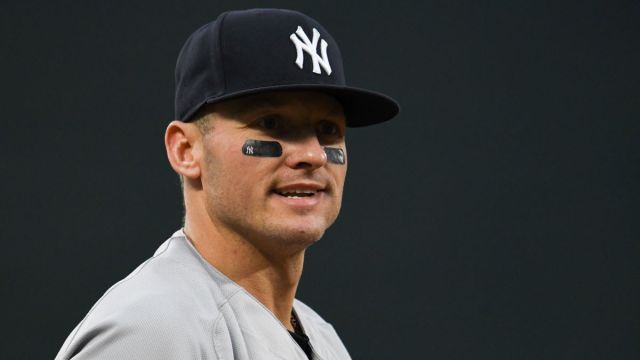 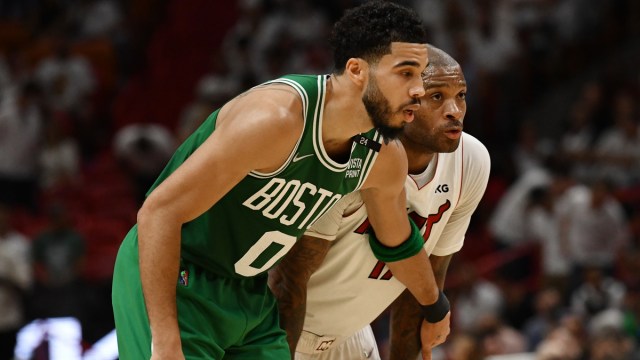