The Boston Red Sox have landed a pair of prospects from the San Diego Padres in the Eric Hosmer trade, shipping out a lone pitching prospect in Jay Groome.

Along with Hosmer, the Red Sox have acquired prospects Max Ferguson (infielder) and Corey Rosier (outfielder) from the Padres.

Ferguson, 22, and Rosier, 22, have spent their 2022 seasons with the Padres’ High-A affiliate Fort Wayne TinCaps and have been notable base-stealing threats this season. Ferguson, in 91 games, has stolen 55 bases while Rosier has collected 33 in 85 games.

On Monday, Red Sox chief baseball officer Chaim Bloom clarified that Boston still had work to do. “The puzzle is incomplete right now,” Bloom said, per MassLive — following the Christian Vázquez trade with the Houston Astros.

Bloom and the Red Sox front office made that clear, with the acquisition of Hosmer on Tuesday.

Hosmer, 32, is no stranger to playing at Fenway Park. The 12-year veteran has 24 career games in Boston under his belt and has crushed it in the batter’s box — going 35-for-99, hitting .354 with three home runs, four doubles, and 17 RBIs.

The Padres land Groome, the 12th overall draft selection in the 2016 MLB Draft. Originally drafted by the Red Sox, Groome, 23, has made 19 starts this season between Double-A Portland and Triple-A Worcester. The left-hander has gone a combined 4-5 with a 3.59 ERA in 92 2/3 innings pitched with the Sea Dogs and Woo Sox. 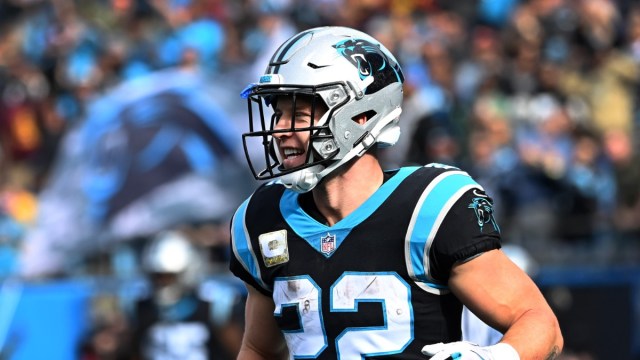 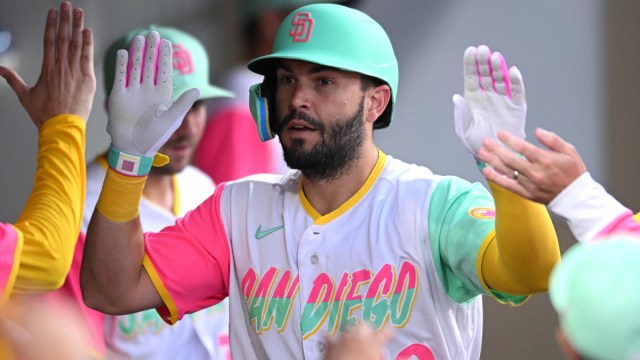