NHL Preview 2022: Seven Players To Keep Eye On During Season Skip to content

The 2022-23 NHL season is fast approaching, and there are a number of players to be excited about given some are in new places, others are chasing history with youngsters looking to make a leap.

The excitement of a new season always rides on the players in the league. After a few years of having zero 100-point scorers in the early 2010s, the days of scoring are back with both offensive and defensive players putting up big numbers. Our list of players to keep an eye on this season range from the best of the best to those who will look to show they are among the elite once and for all.

Here are seven players to watch this season:

Connor McDavid, Edmonton Oilers
Arguably the best player in hockey, McDavid finds new ways to impress each and every season. His unmatchable speed mixed with unreal puck skills has led him to four Art Ross Trophies in his career, winning it each of the last two seasons. The Oilers center was unable to replicate the two points per game status he had in the shortened 56-game season in 2020-21, but he still finished with 123 points in 80 games. McDavid might have already surpassed Sidney Crosby as the best offensive talent the NHL has seen since Wayne Gretzky. There’s no denying he will dominate once again, but how far can the Oilers go after making it to the Western Conference Finals? Well, as far as McDavid can take them. Expect another special season from the 25-year-old.

David Krejci, Boston Bruins
Krejci returns to the NHL and the Boston Bruins for the 2022-23 campaign after playing one season in the Czech League. The 36-year-old returns to a better situation than he had previously as he’s likely to have David Pastrnak and Taylor Hall on his two wings. That, if it holds, would be the best combination of wingers he has had beside him since the glory days of Milan Lucic and Nathan Horton. Krejci recorded 44 points in 51 games during the 2020-21 season and if he can replicate those stats over 82 games, the Bruins could have two elite lines.

Alex Ovechkin, Washington Capitals
780. 780 is the number of goals Ovechkin has scored in his career, placing him third all-time in NHL history. The only players he trails are Hall of Famers Gordie Howe and Gretzky. As he enters his age 37 season, there seems to be nothing slowing down the Capitals captain as he’s fresh off a 50-goal season. Ovechkin is only 21 goals behind Howe to move into second place, which alone makes him a must-watch player all season. Reaching Gretzky still remains two or three seasons away, but watching him chase a record that felt nearly impossible to break should make every season Ovechkin plays exciting. Ovechkin might not need to reach the record to be called the greatest goal scorer in NHL history, but he’ll do his best to do so.

Johnny Gaudreau, Colombus Blue Jackets
“Johnny Hockey” had the best season of his career when he finished with a career-high 115 points on 40 goals and 75 assists for the Calgary Flames. Gaudreau, however, will be looking to follow up his huge season with the Blue Jackets after signing a seven-year, $68.25 million contract in the offseason. The move was an unexpected one for the 29-year-old, but he now has something to prove with his new team. It will be interesting to see how Gaudreau clicks with his new teammates but it’s expected that he will be paired with Boone Jenner and Patrik Laine on the first line. The pairing with Laine is intriguing as it could help him get back to being the 44-goal scorer he was in his second season in the league. There’s no doubt Gaudreau has the talent to make it work in Columbus, but it’s a matter if he can consistently be the player he was in 2021-22.

Trevor Zegras, Anaheim Ducks
Is there a more exciting player in the game right now? We’re going to say the answer is no. Every week felt like there was a new Zegras highlight to go around with his Michigan-style lacrosse pass over the net to teammate Sonny Milano taking the cake. It has even earned the Ducks forward a spot on the EA Sports NHL video game cover this season because, well, he does video game-type stuff in real life. Anyways, Zegras finished with 61 points in his rookie campaign and came in second for the Calder Trophy. If he can take his game to another level this season, the sky is the limit and you won’t want to miss it.

Cale Makar, Colorado Avalanche
Makar, as the kids say, “is him.” The Norris Trophy winner, Conn Smythe Trophy winner and Stanley Cup champion is the leading force for the Avalanche, who are the betting favorite to repeat as champions on DraftKings Sportsbook. There’s no denying Makar is a special player, but the scary part is that he might be even better than he was last season. Not only is another Norris Trophy in his view but there’s no denying the 23-year-old is still years away from his prime, meaning a Hart Trophy could be in the discussion in the not-so-distant future, as well. The last defenseman to win the MVP award was Chris Pronger in the 1999-2000 season, so even being in the conversation would be impressive. A 30-goal season might be on the horizon for Makar after recording 86 points in 77 games.

Jeremy Swayman, Boston Bruins
A huge year is coming for Swayman. After a successful rookie season where the Bruins netminder finished 23-14-3 with a 2.41 goals against average and .914 save percentage, there’s not much doubt he can be a starting goaltender for years to come. The question when it comes to Swayman is if he can take another step and be among the elite netminders in the NHL. After watching him last season, there were flashes of that ability in stretches, but consistency plagued him. Only 23 when the season begins, this campaign isn’t necessarily when his skillset is decided, but if Boston wants to make a run, Swayman’s development will be crucial. 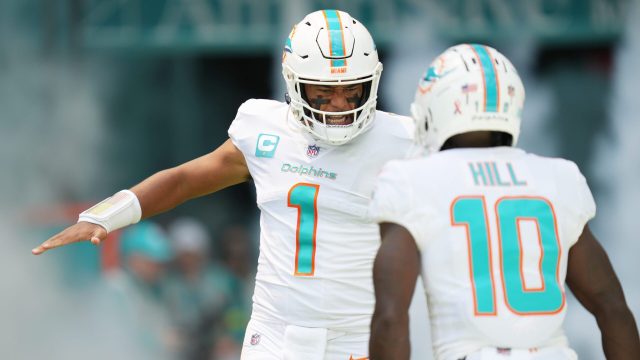 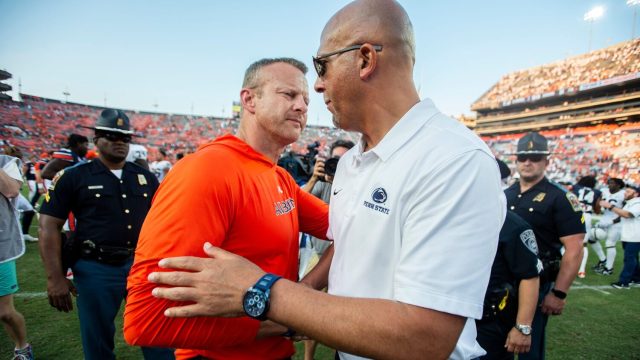 College Football Coaching Hot Seat, Who's Next to Be Fired?