Michael Wacha continues to prove to be the Boston Red Sox’s strongest offseason investment with his latest outing against both his former club and a fellow American League East foe on Monday.

Despite taking home a no-decision following a one-run loss at Tropicana Field, Wacha delievered his eighth consecutive five-plus inning start — allowing two or fewer runs in four of them. Kicking off a three-game series against the division’s second-placed Tampa Bay Rays, Wacha tossed six innings while letting up two runs off seven hits and no walks while striking out seven batters. The 31-year-old reached the 1,00th strikeout of his major league career in the contest.

“He battled,” Cora said, as seen on NESN’s postgame coverage. “This guy, every five days, is a solid start. He gives you a chance to win. I know he got his 1,000 strikeout. He earned it. He threw the ball extremely well.”

Walking off the mound in the sixth inning, Wacha ended his night by striking out Rays shortstop Taylor Walls to reach the accomplishment.

“I think it’s pretty cool, Wacha said, as seen on NESN’s postgame coverage. “Got the ball. … Probably go in a box in the parents house. … It’s a pretty cool milestone for sure but nothing too crazy, though.”

— Xander Bogaerts became the fourth player in Red Sox history to record multiple hits in nine consecutive games, as noted in NESN’s live coverage. Bogaerts joins Kevin Youkilis (2007), Jim Rice (1978), and Roy Johnson (1934) as the only other Red Sox players to do so.

— The Red Sox have gone 87 conservative games without being shut out, breaking a previous streak of 86 games from 2004-2005, as reported by Red Sox senior manager of media relations and baseball information J.P. Long.

— The Red Sox continue their three-game set against the Rays on Tuesday. The contest versus the division rival begins at 6:40 p.m. ET from Tropicana Field and you can catch the game, along with an hour of pregame coverage, live on NESN. 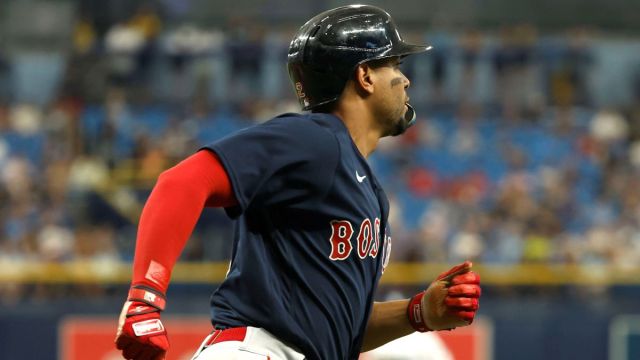 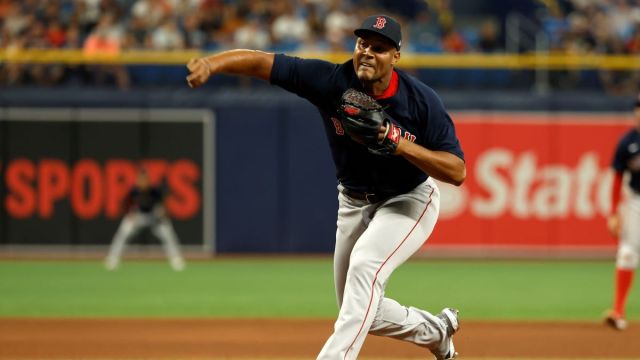