After crushing a career-best — and record-setting/breaking — 62 home runs while also hitting .311/.425/.686 with 131 RBIs, Judge couldn’t do himself any more justice before entering the market in search of a well-deserved payday. The question remains: from who?

With that being said, here are five teams that could land Judge this upcoming offseason:

New York Mets
Wouldn’t this be fun? And for Judge, extremely convenient.

Citi Field, which is just seven miles away from Yankee Stadium, would be an epic new home for Judge. This potential landing spot would absolutely send the city of New York into a frenzy and should surely put a smile on team owner Steve Cohen’s face.

After following their 101-win regular season with a National League wild card round bounce against the San Diego Padres, the Mets undoubtedly need to get active in the market this offseason. After tying the series in Game 2 and rallying to put seven runs on the scoreboard, the offense deflated, despite second thoughts of Joe Musgrove’s ears. The Mets finished second in batting average (.259) among all MLB teams and 15th in home runs.

Adding Judge would make sense from both an offensive and marketing standpoint.

San Francisco Giants
Last season served as a setback for the team that, just a year ago, finished 107-55. Yet, despite entering the postseason as clear NL favorites, the Giants came up short in their five-game battle in the NL Division Series.

In 2022, the Giants offense ranked 23rd among teams in the league in batting average (.234), in great need of a lineup boost.

The Giants are due for a massive free agency signing to follow up the Buster Posey era which saw San Francisco deliver three World Series titles in five seasons (2010, ’12, ’14). While Oracle Park doesn’t offer the opposite field friendliness that Yankee Stadium does in right field, it couldn’t hurt Judge is a California native, born in Sacramento.

After coming up short on multiple occasions during the Yankees’ rivalry against the Boston Red Sox, perhaps Judge wants to partake in a west coast battle instead? Can’t debate the viewership value there.

With rumors linking Judge to the Giants, it seems like San Francisco won’t pass on the star outfielder easily.

Los Angeles Dodgers
Call them the safe pick from the NL side.

And that’s for one obvious reason:

When aren’t the Dodgers linked to a top-tier star in the league who is rumored to land elsewhere, whether it’d be through trade rumors or free agency?

Just two years ago, the Dodgers coughed up a huge chunk of change, signing star outfielder Mookie Betts to a 12-year deal worth $365 million.

The Dodgers, two seasons from their World Series win over the Tampa Bay Rays in 2020, looked to be the best team in all of baseball until the games mattered the most. Cruising through the regular season, Los Angeles notched 111 wins, entering October as favorites in the NL. Yet, much like the Mets, the Dodgers offense fell flat when it was needed the most. Failing to drive in runs on a plethora of key opportunities against the Padres, the campaign became, as Dodgers president of baseball operations Andrew Friedman described, “an organizational failure.”

If necessary, the Dodgers could possibly shift Betts to second base in order to place the 6-foot-7 power bat, Judge, in his rightful home, the outfield.

After kicking off his career in the Bronx pinstripes, there has to be some sense of sentimental attachment to New York, right? Well … it’s not that clear cut, and for a few reasons.

To begin, the Yankees, for the better half of a decade-plus, have become nothing more than an underwhelming reduction of what history suggests they are. Despite multiple runs at the AL Championship Series along with a few playoffs misses, the Yankees haven’t really put forth a strong run in the postseason. They’ve more so been a copy and paste of opening the season as AL favorites through a strong regular, just to fall flat on their faces when the lights shine the brightest. To put it simply, the Yankees exemplify Clayton Kershaw’s pre-2020 stigma.

New York, which finished 99-63 to lead the AL East, wasn’t able to replicate the dominant first-half success, going 23-31 in July and August. The Yankees proceeded to battle multiple late-season injuries, including one relief pitcher — Aroldis Chapman — who made the injured list due to a tattoo infection, just to never return for October action. Judge, meanwhile, assembled a record-setting run, which was rewarded by a showering of boos from those at Yankee Stadium during his postseason offensive struggles along with a four-game elimination to come short of the World Series, yet again.

It’s worth mentioning back in April, leaked reports of the Yankees offer to Judge surfaced amid early season contract negotiations.

Perhaps manager Aaron Boone is enough to keep him around? 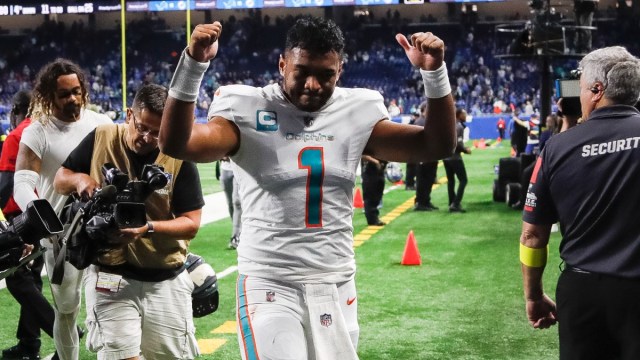 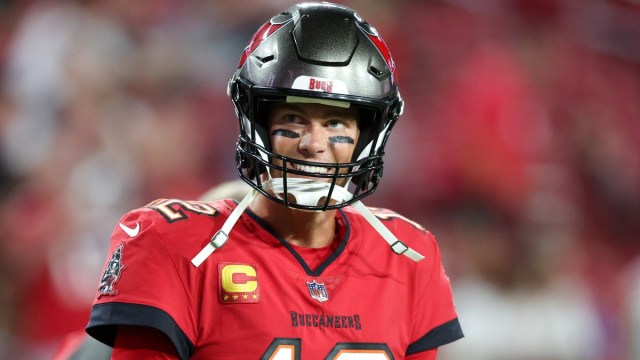