FOXBORO, Mass. — Time will tell whether Mac Jones truly is the Patriots’ long-term answer at quarterback.

But if the 24-year-old goes on to have a long, successful career in New England, we might look back on the “Zappe Fever” era as a turning point for Jones.

It’s been tough sledding for Jones and the Patriots offense since the start of the season. With Matt Patricia calling plays, New England has regressed to 21st in the NFL in yards per game, 18th in scoring and 31st in red-zone touchdown percentage. Predictably, fans and pundits have pinned the struggles on Jones, who enjoyed a very impressive rookie campaign in 2021.

The criticism peaked during a wild stretch from Weeks 4 through 7, when Jones was sidelined with an ankle injury and rookie Bailey Zappe captivated the hearts and minds of Patriots fans. Jones got booed off the field in his first game back, and a few days later. Bill Belichick did nothing to indicate he was sold on Jones as New England’s franchise QB.

It was a tough stretch for the 2021 first-round pick, who’s coming off a great game against the Minnesota Vikings and whose job now appears safe.

The tumultuous month also might’ve helped the first-time captain, at least in one respect. During a Tuesday afternoon news conference, Patriots receiver Jakobi Meyers revealed that Jones won over teammates with the way he handled himself amid immense outside criticism.

Question: How has Mac’s leadership changed or evolved at all?

Meyers: “I wouldn’t say necessarily just change, but the fact that it wasn’t as easy for him this year. I feel like he had a rough patch. … And people looked down on him for a second, but he stayed the same guy the whole way through in the locker room. We still respected him. So, just seeing that resiliency to him, the respect for him has grown.”

Question: What was it that allowed him to get through that stretch?

Meyers: “Probably his parents. Probably was just raised right. Some guys got it, some guys don’t. … I know I have a good support system, so whenever things are wrong for me, they keep me uplifted.”

Question: Did you feel like, during that time, it was your jobs as teammates to uplift him?

Meyers: “I would say so. I feel like we all try to do a good job of keeping everybody up and motivated. I’m surprised y’all don’t hear (Kendrick Bourne) laughing now. That’s all he do all day. So, we got a locker room full of guys who love each other, and I feel like it’s been a real help.”

Question: When you say “people looked down” on Mac, you mean people outside the locker room, right?

Meyers: “Oh yeah, externally. We love our guy. He’s with us, so we roll with him.”

You need only listen to sports talk radio and speak with a few fans to know that Jones still has many detractors around New England. Part of that is the reality of playing in Tom Brady’s shadow, and part of it is reflective of Jones’ sophomore struggles and the overall ugly performance of the Patriots offense.

Moreover, life isn’t always easy for an NFL quarterback. It’s the most scrutinized position in professional sports, after all.

But Jones could take a huge step toward regaining supporters if he and the Patriots upset the Buffalo Bills on Thursday night. The pivotal AFC East matchup will be played in front of a raucous, frustrated Gillette Stadium crowd that still is searching for sources of optimism. 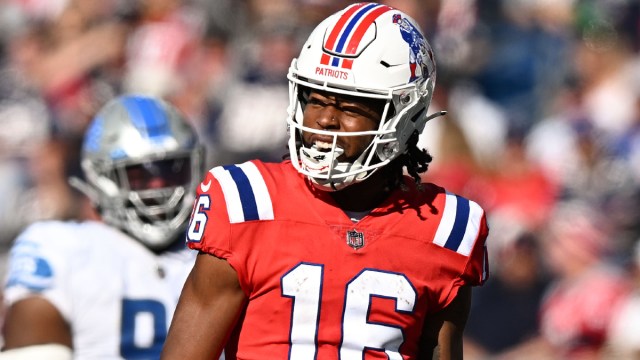 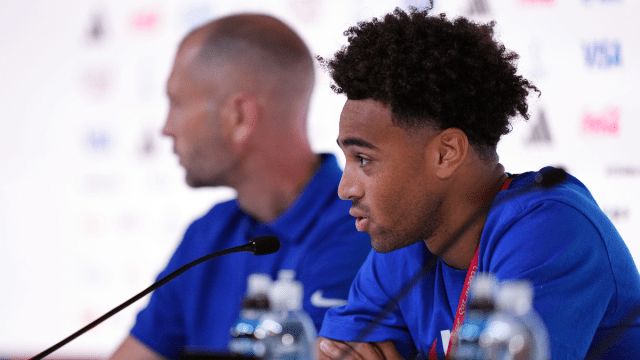