The Red Sox turned the page on the Mookie Betts experience — which culminated with Boston trading the All-Star outfielder to the Los Angeles Dodgers before the 2020 season — but that doesn’t mean it’s been entirely forgotten.

The Red Sox now have decisions to make on two other homegrown stars — shortstop Xander Bogaerts and third baseman Rafael Devers — and their handling of Betts’ final days in Boston inherently has become a topic of conversation.

“We have not always been able to sign our own homegrown players long-term, I fully acknowledge that,” Red Sox president and CEO Sam Kennedy told The Boston Globe’s Michael Silverman on Wednesday at the Major League Baseball owners meetings in New York, “and when that doesn’t happen, it’s disappointing for the fans, and it’s disappointing for us on a personal level. But we get paid to make very, very difficult decisions, and we’ll see how those decisions work out.”

Trading Betts, whom the Red Sox drafted in the fifth round in 2011, certainly qualifies as a difficult decision. He evolved into one of the best players in baseball during his six big league seasons in Boston, with 2018 representing his finest work. Betts earned an All-Star selection, a Gold Glove Award, a Silver Slugger Award and the American League MVP Award that year as the Red Sox won 108 regular-season games and ultimately the World Series.

It was hard to imagine after 2018 that Betts would play only one more season in Boston. But the Red Sox weren’t sure whether they’d be able to re-sign him after the 2020 campaign — when he was scheduled to free agency — and therefore took the proactive approach of trading him to the Dodgers for Alex Verdugo, Jeter Downs and Connor Wong. It’s fair to wonder, in hindsight, whether the events would’ve unfolded differently had Boston worked with Betts earlier on a possible contract extension.

“I think engaging with your players earlier — early and often — about arrangements that are mutually beneficial is something that really well-run teams do and are doing,” Kennedy told Silverman when asked if the Red Sox learned anything from the Betts situation that can be applied to Devers. “We just did that with (pitcher) Garrett Whitlock. We’ve had extensions for younger players in the past, and that’s certainly a lesson learned.”

Whereas Bogaerts is a free agent this offseason, Devers remains under contract for one more year. That means Devers is in the same spot now that Betts was in when the Red Sox traded the latter to the Dodgers.

Red Sox chief baseball officer Chaim Bloom already made it clear the organization has no plans to trade Devers. And Kennedy reiterated to Silverman that Boston already made an extension offer to Devers — in addition to two contract offers to Bogaerts — since the 2022 season ended.

“With Mookie, we could have engaged more effectively earlier on in his career,” Kennedy said, per Silverman. “From where I sit, it is certainly difficult when you move on from homegrown players.” 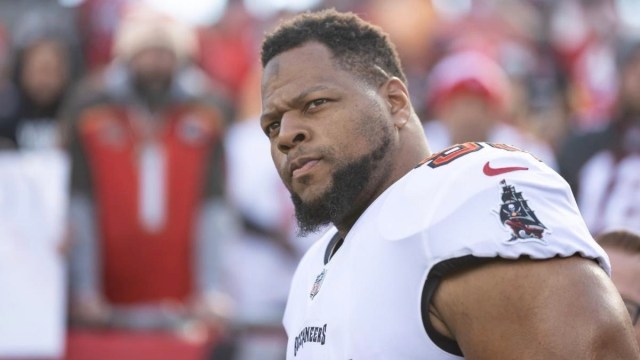 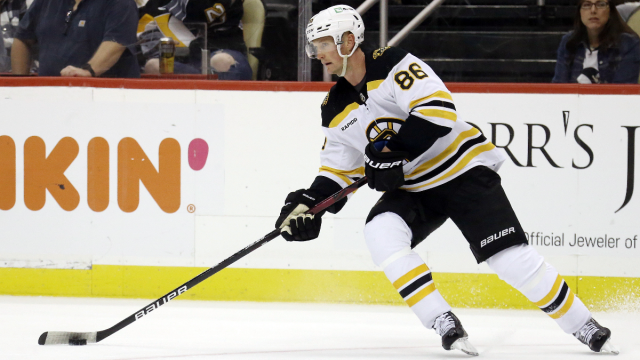 Anton Stralman Ready To Return To Bruins Vs. Flyers