Adrian Klemm won’t be the Patriots’ next offensive coordinator. Bill O’Brien landed that gig, according to multiple reports Tuesday morning.

But the former Patriots O-lineman could return to New England in a different capacity.

Klemm, who interviewed for the Patriots’ OC vacancy last week, is expected to meet with the team again about another job, Sports Illustrated’s Albert Breer reported Tuesday.

Given his background, the most likely role for Klemm would be offensive line coach. All of his previous coaching positions have focused on the O-line and/or the run game, including his current job as Oregon’s O-line coach/run game coordinator/associate head coach.

The Ducks allowed just five sacks during the 2022 season, the fewest of any Division-I team, and ranked 12th in the FBS in rushing. The year before Klemm arrived, Oregon surrendered 24 sacks and ranked 24th in rushing.

Klemm previously spent two seasons as the Pittsburgh Steelers’ assistant O-line coach and most of the 2021 campaign as their head O-line coach before leaving in December 2021 to take the Oregon job. The 45-year-old also logged stints at SMU (2008-11) and UCLA (2012-16) earlier in his coaching career.

As a player, Klemm was Bill Belichick’s first-ever Patriots draft pick (second round, 2000) and played five seasons for New England as a reserve lineman, winning three Super Bowls. He spent his final season with the Green Bay Packers in 2005.

Matt Patricia was the Patriots’ offensive line coach this season, with Billy Yates assisting him. New England’s linemen struggled to grasp the new verbiage and zone-blocking schemes implemented last offseason, and Patricia’s play-calling responsibilities diverted his attention away from his position group.

The Patriots ranked 17th in sacks allowed per dropback — down from eighth in 2021 — while injuries forced them to utilize seven different starting O-line combinations. Bolstering their offensive tackle depth needs to be an offseason priority for Belichick and company.

It’s unclear whether the Patriots will attempt to interview coordinator candidates Keenan McCardell and Shawn Jefferson for different roles under O’Brien. Both are former wide receivers who have coached the position for several NFL teams. Troy Brown and Ross Douglas coached the Patriots’ receivers this season.

Tight ends coach Nick Caley’s future also is murky after he interviewed for the OC job. His contract reportedly is up, and reports indicated he was unlikely to stick around without a promotion. Caley also interviewed for the New York Jets’ offensive coordinator opening. 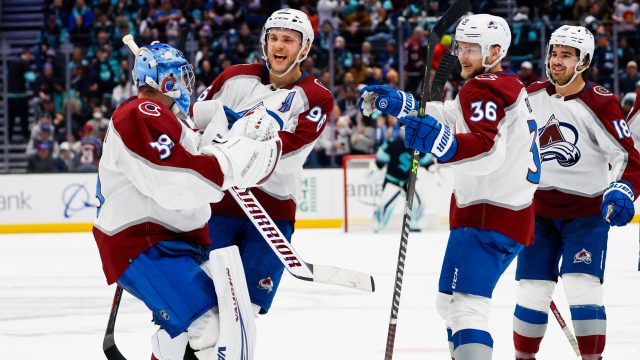 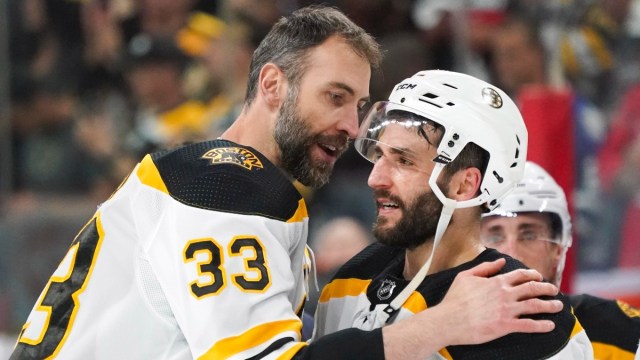 Zdeno Chara Shares How He ‘Co-Captained’ Bruins With Patrice Bergeron