The New England Patriots open Week 7 when they face the New York Jets on “Thursday Night Football.” The Patriots opened as 7.5-point favorites, but the line has quickly ballooned to as much as 10.5 at sportsbooks monitored by OddsShark.com.

The Patriots are going to be shorthanded at a couple key positions due to Week 6 injuries. Stevan Ridley tore his ACL and MCL and is likely out for the season. Middle linebacker Jerod Mayo also suffered a knee injury and has already been ruled out for Thursday.

The Week 7 schedule doesn’t feature any other double-digit spreads at this point. Green Bay is a 6.5-point favorite at home against Carolina, while Seattle is a 6.5-point favorite on the road against St. Louis. Over the last two seasons Seattle is 7-6 as a road favorite, and the Seahawks are 1-1 in such situations this year, having won at Washington and lost at San Diego.

The final road favorite is Arizona heading into Oakland. That line is moving a little bit, but it’s between Arizona -3 and -4 at sportsbooks monitored by OddsShark.com.

San Francisco and Denver close out the Sunday slate with the Broncos as an early 6-point favorite. The Broncos are 2-5 ATS in their last seven home games, while the 49ers are 9-2-2 in their last 13 road games.

Houston and Pittsburgh wrap up week on “Monday Night Football.” The Steelers are a 4-point favorite but are scuffling along at 2-4 ATS. The Texans are 4-2 ATS. 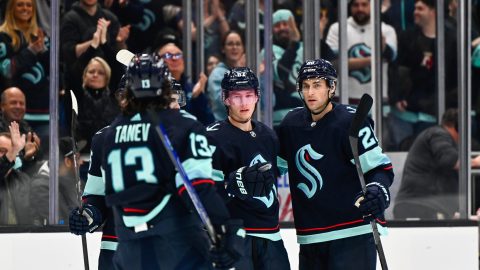 Buy or Sell: Seattle Kraken to Win the Western Conference 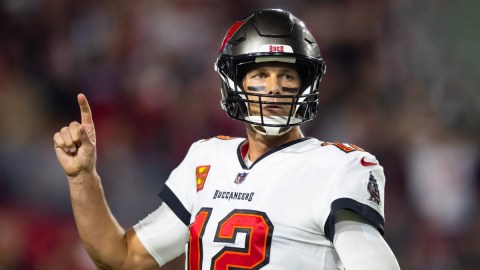