It’s an important time in the fantasy football season with the weeks ticking away and the postseason nearing.

It also makes it an absolutely terrible time for fantasy managers to lose their top players — Christian McCaffrey, Dalvin Cook, D’Andre Swift, etc. — to short- or long-term injury. Those injuries, among others, have caused owners to scramble for alternatives.

Among those alternatives are their respective backups like Alexander Mattison, Chuba Hubbard and Jamaal Williams. All are must-grabs on the waiver wire, but that’s rather obvious.

The question, especially at this point of the season, really comes down to: Do you trust them immediately? Well, that’s what we’re here to debate with some help from revisionist history and advanced stats.

Alexander Mattison, RB, Minnesota Vikings
In regards to both Mattison and Hubbard, we’ve seen them perform with each team’s starting running back sidelined earlier this season. During that time, Mattison proved he is one of the best backup running backs in the NFL. It essentially was a one-for-one swap with Cook, and there aren’t many teams in the league who have that benefit.

Cook didn’t play in either Week 3 or Week 5 and was limited to nine rushes and two receptions in Week 4. In Cook’s Week 3 absence, Mattison went off for a league-high 171 yards from scrimmage on 32 touches. He finished as the seventh-highest scoring running back, according to SportRadar, with 0.72 points per touch on 32 touches. He also turned in a league-high three explosive rushes of 12 or more yards during the contest.

It was much of the same in Week 5, too. With Cook sidelined for the second time in three weeks, Mattison compiled 153 yards on 32 touches to finish as the sixth-highest scoring running back in full-point leagues. Minnesota’s Week 5 opponent? The same Detroit Lions they’ll face in Week 13. In that contest, Mattison recorded 2.43 points per target on seven targets after tallying 1.49 points per target on eight targets in Week 3. It showcased his ability as a three-down weapon.

Fast forward eight weeks and Mattison, who’s proven his worth already this season, undoubtedly should be featured in your Week 13 lineup.

Jamaal Williams, RB, Detroit Lions
Williams doesn’t have the same, extensive tape as Mattison as this is the first time the Lions (probably) will be without Swift. But we did see a small snippet of his potential workload after Swift exited Detroit’s Thanksgiving Day game due to a shoulder injury.

Williams was productive, too, as he received 20 touches for 83 yards in Swift’s second-half absence. The first-year member of the Lions, who previously backed up Aaron Jones in Green Bay, turned that into a fantasy performance in which he finished RB19 in scoring on 13.30 points in full-point leagues. He did so with 88% of his yards coming before contact, a pair of broken tackles and one explosive rushing attempt of 12 or more yards. He’s used fairly similar to Swift, as depicted by his 15 rushing attempts and five targets last week.

And while it’s obviously not a perfect comparison, when Swift played the Vikings in Week 5, he went for 104 yards from scrimmage on 17 touches with one touchdown. Fantasy owners should start Williams in Week 13 in hopes of similar output.

Chuba Hubbard
Disclaimer: You don’t need to make a decision on Hubbard just yet. The Panthers are on a bye week.

Since then, in the four games with McCaffrey back in the lineup, Hubbard’s production, to no surprise, plummeted. He’s ranked as RB60 during the four-week stretch behind just 3.48 points per game.

But given his proven capability earlier this season, Hubbard should be viewed as a high-upside flex play when the Panthers return in Week 14 against the Atlanta Falcons. 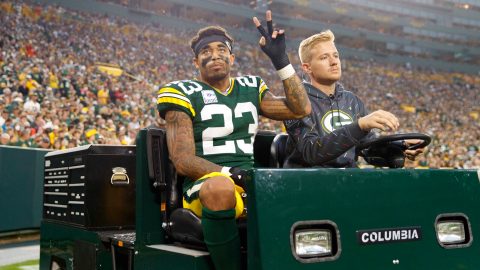 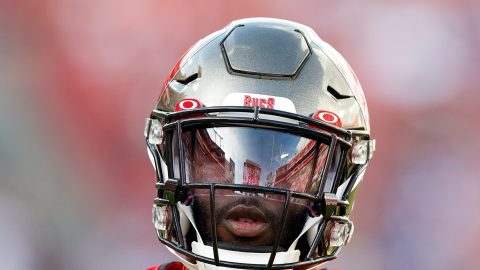 The Buccaneers have activated Leonard Fournette off of injured reserve