The Carolina Hurricanes were already in an inauspicious position with their goaltending. Primary netminder Frederik Andersen has been out of action for the past week while resolving a lower-body injury.

Adding fuel to the goaltending fire, backup Antti Raanta was forced to leave against the New York Islanders Sunday after also suffering a lower-body injury.

The team’s public relations account tweeted that Raanta would not return to the game.

Antti Raanta will not return to today’s game due to a lower-body injury.

Thankfully, Pyotr Kochetkov was with the team on an emergency basis. The Russian netminder got his first taste of NHL action Saturday, stopping 17 of 19 shots in an overtime victory against the New Jersey Devils.

No disrespect to Kochetkov, but depending on both goalies’ injury status, Carolina could be heading into the postseason without an NHL-caliber tendy.

The Hurricanes standing in the Stanley Cup futures market will take a serious hit if they don’t have Andersen or Raanta available for the postseason. For now, they sit near the top of the board at FanDuel Sportsbook at +1200. 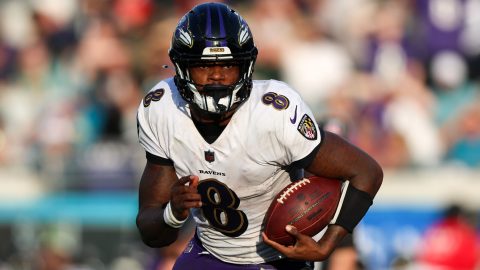