It gets more and more difficult every year to handicap the Cy Young Award races in Major League Baseball.

We’re in the midst of a pitcher usage revolution, with starters being babied more than ever before. It’s understandable given the salaries handed out to top-line pitchers, but 200-plus innings has become increasingly rare.

So, that forces us to change how we have to look at the best pitchers in the game. It also opens up the Cy Young conversation quite a bit, and that’s even before considering the wrinkles we must consider in 2022. For example, how do pitchers adjust to a shorter spring training, or how does universal DH affect the National League?

That variance is difficult to navigate, sure, but it gives us plenty of betting options. We dived into both the AL and NL for long-shot Cy Young betting candidates with odds of 30-1 or higher.

Frankie Montas, Oakland Athletics (+3000, FanDuel Sportsbook)
This feels slightly reckless given the risk, but Montas is that good. We’re in trouble if and when he’s traded to a National League team. But if Oakland holds him (or even better, trades him to an AL contender), he’ll be in the running assuming he stays healthy. Montas, who finished sixth in Cy Young voting last season, ranked eighth in 2021 among qualified starters in swinging-strike rate on his way to striking out 10 batters per nine innings. He showed no issues logging 32 starts, and only two AL pitchers tossed more innings.

Eduardo Rodriguez, Detroit Tigers (+4000, FanDuel)
Time will tell whether Rodriguez was a prudent long-term investment for the Tigers. However, he’s still very much in his prime, and there’s a lot to like about the profile. He logged 157 innings last season which was right in line with what we probably can expect from a Cy Young winner in 2022, and he struck out nearly 11 batters per nine innings. Only nine pitchers with at least 150 innings had a higher rate. Perhaps more important is the glaring difference between his FIP (3.32) and his ERA (4.74). That ERA is by far the highest of the top 30 in FIP (150 innings minimum) and he’s one of just three pitchers who registered an ERA north of 4.00. Such is life pitching at Fenway Park. Going to Comerica Park, one of the best pitcher’s parks in all of baseball, should do wonders for Rodriguez.

John Means, Baltimore Orioles (+8500, FanDuel)
Look, it’s going to be extremely hard for an Orioles pitcher to win the Cy Young. Wins have been devalued in recent years, but it’s quite telling that Means has just 18 wins in 63 career starts. That being said, he’s criminally underrated. We’ve seen flashes of brilliance — the no-hitter certainly stands out — from him in the past, and he was an All-Star in 2019. He has the sixth-best walk rate of starters with at least 300 innings since then. His biggest problem, especially last year, was the long ball as he allowed 30 home runs. Check this out, though: Of those 30 home runs, 27 came against right-handed hitters. The Orioles just moved back the left-field fence at Camden Yards for the 2022 season. Means stands to benefit quite a bit from that. This is a long-shot bet centered around that plus the hope he can really take off as he comes into his prime seasons. 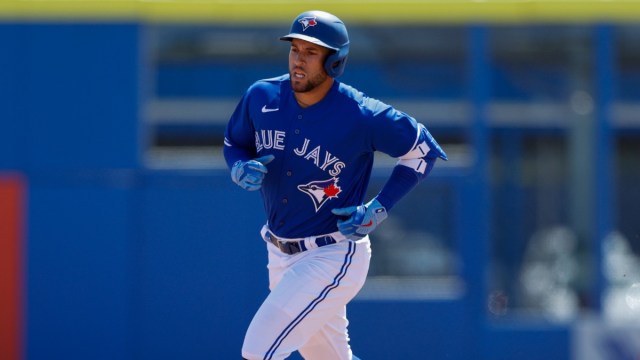 Sean Manaea, San Diego Padres (+4000, FanDuel)
The A’s could probably be pretty good if they, you know, kept their good players, huh? Manaea gets a great chance to play meaningful baseball on a good team and should flourish. Going to Petco Park from Oakland is only a slight downgrade, but it shouldn’t make a huge difference. Increased velocity led to a career-high strikeout rate in 2021, and he also was able to log a career-high 179 innings over 32 starts. If he can stay healthy with a similar level of swing-and-miss, he’ll be in position to win more than 12 games (his previous career-high) on a potentially great team.

Charlie Morton, Atlanta Braves (+5000, FanDuel)
Morton is a freak. He’s had the three best seasons of his career in his mid- to late-30s. Dating back to 2018, he’s 47-17 with a 132 ERA+ while striking out 11 batters per nine innings. He doesn’t give up home runs. The Braves should also be good again, so he’ll have his chances to earn wins and pitch meaningful innings. He’s only finished in the voting once (third in 2019), but maybe the narratives put him in the conversation at a long price here.

Trevor Rogers, Miami Marlins (+5500, FanDuel)
This might literally be the last time you’re ever able to get Rogers at a number this high. The Marlins lefty is that good, as he showed last year while finishing second in Rookie of the Year voting. Rogers has struck out 11 batters per nine innings for his career, and he took a big step by reducing his walks in his first full season. He didn’t pitch enough innings to be qualified, but his 158 ERA+ would have ranked fifth in all of baseball. If he continues to miss bats and avoid home runs, similar results should be expected, and Miami being improved won’t hurt, either.