Heading into free agency, the Golden State Warriors are the odds-on favorite to win the NBA Championship again next season.

The top five teams with the highest odds currently consist of the Warriors, the Los Angeles Clippers at +600, the defending Eastern Conference Champion Boston Celtics at +650, the Milwaukee Bucks at +700, and the Brooklyn Nets at +850 at BetMGM.

With NBA free agency set to open today, multiple teams have already seen some line movement with their reported transactions.

The Los Angeles Clippers are reportedly the favorites to land John Wall after agreeing to a buyout with the Houston Rockets. The Clippers have seen an odds increase from +750 to +600, and there’s a lot to like about this team, who should be contenders again with a healthy Kawhi Leonard.

Even with Kyrie Irving returning to the fold in Brooklyn, there are still plenty of question marks about how this team will work together, with Ben Simmons having yet to suit up for the club. The Nets have seen their odds fall from +750 to +850 and will be a team to keep an eye on in the coming weeks.

The Denver Nuggets swung a deal with the Washington Wizards. They acquired Kentavious Caldwell-Pope and Ish Smith to improve their defensive versatility, but the market didn’t necessarily buy it, seeing their odds go from +1400 to +1600.

The Atlanta Hawks and San Antonio Spurs hammered out a big deal yesterday, which saw Dejounte Murray land in Atlanta to team up with Trae Young. After this transaction, the Hawks saw significant line movement, moving from +6600 to +4000 to win the NBA Championship in 2023. With this move, San Antonio’s odds fell to +50000 after opening at +35000.

The New York Knicks are the expected front-runner for Jalen Brunson, who had a coming-out party for the Dallas Mavericks in the postseason. With that news in mind, the Knicks have seen their title odds rise from +25000 to +15000.

Rounding out the top five are the Phoenix Suns with 6.3% of tickets, along with the Celtics owning 6%.

The Warriors, Lakers, and Suns are getting a higher percentage of the money than their ticket percentage.

The current most significant liabilities for the book are the very surprising Detroit Pistons (+50000), somewhat surprising Los Angeles Lakers (+1400), and the not at all surprising Golden State Warriors. 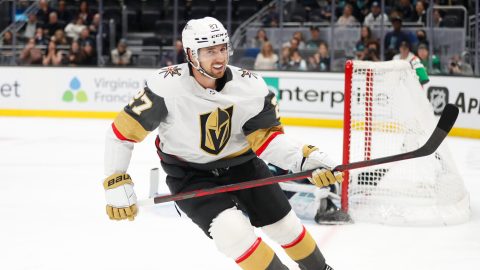