With the preseason in full swing, now is the best time to grab great value on bets in the futures market.
We’ve talked at great length about the New England Patriots season outlook on our NESN shows, “The Ultimate Betting Show” and “Lunch Line.” Here on NESNBets.com, we have countless articles on how to bet the Pats.

Now, let’s examine how to bet on the NFC East. We’ll focus on the newly rebranded Washington Commanders. Here are three ways that I’m going to bet on Washington this season. Let’s start with the season opener against Jacksonville.

Week 1: Commanders -3.5 over Jaguars
This Washington franchise desperately needs a shot of adrenaline in every aspect of the game. From the fan base, front office and coaching staff down to the players. Surely, they are hoping that a new name and logo help. Optimistically speaking, I think a win in Week 1 at home against Jacksonville can also provide a much-needed spark. I’m betting on the Commanders to cover the 3.5-point spread at -115 on DraftKings Sportsbook. Although I’m more bullish than most on the Jags this season, it will take them a while to gel and learn a new system under the tutelage of head coach Doug Pederson. The Commanders, on the other hand, have more continuity and they are not going to ask newly acquired quarterback Carson Wentz to be a savior. Commanders head coach Ron Rivera wants to establish the running game, play good defense and not turn the ball over. In theory, that should be a recipe for success for Carson Wentz.

Week 8: Commanders moneyline over Colts
Another notable game I’m betting on is in Week 8 on the road in Indianapolis against the Colts. I’m calling this the Carson Wentz revenge game. Last season, with Wentz as QB1, the Colts finished 9-8 but lost two straight games to end the season which extinguished their playoff hopes. Despite putting up decent numbers all season, Wentz didn’t rise to the occasion when the Colts needed him the most. Colts owner Jim Irsay said acquiring Wentz was a “mistake” as Indy traded him to Washington and quickly moved on to Matt Ryan. Wentz will probably never admit it publicly, but I’m willing to bet on him wanting to exact revenge against his old team. I’m backing the Commanders on the moneyline at +195 to upset the Colts in Indy.

Terry McLaurin OVER 75.5 receptions, 1,000.5 receiving yards, 6.5 receiving touchdowns
My last bet on the Commanders is taking the over for all of Terry McLaurin’s receiving props. Scary Terry put up impressive numbers last season snagging nearly 80 receptions and going over 1,000 yards with below-average quarterback play. I don’t think Wentz will be the MVP, but there is no denying he is an upgrade at the position. McLaurin also doesn’t have the distraction of a contract dispute hanging over his head during the season. Washington was smart to re-sign him to a three-year, $71 million deal. That’s why I’m taking the Overs for his player props of 75.5 receptions, 1,000.5 receiving yards and 6.5 receiving touchdowns. 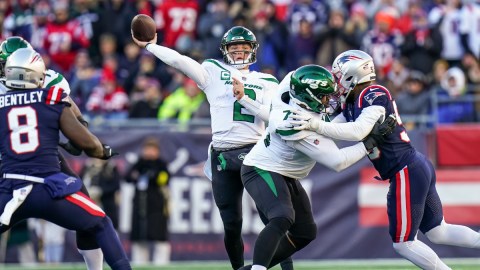 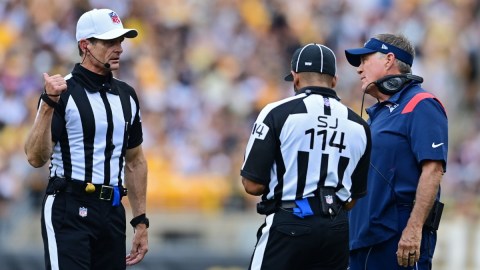 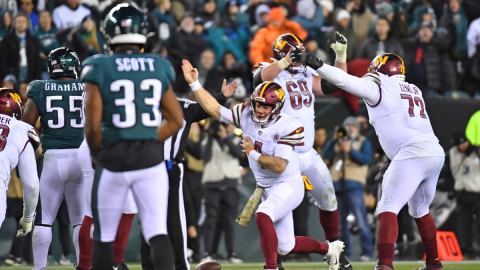 Eagles Star Opens Up About Game-Sealing Penalty Vs. Washington 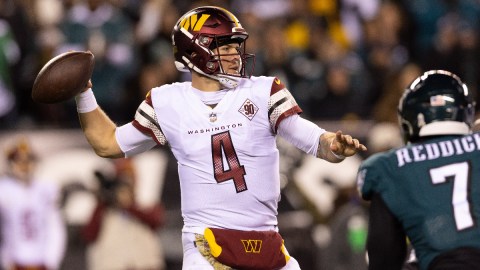