The Kenny Pickett era has officially begun in Pittsburgh. According to Steelers reporter Joe Rutter, head coach Mike Tomlin has named Pickett the team’s starting quarterback for Week 5 against the Buffalo Bills and likely beyond.

Mike Tomlin on QB position: He announces that Kenny Pickett will start vs. Bills

The 24-year-old replaced an ineffective Mitch Trubisky in the second half of Week 4’s loss to the New York Jets, completing 10 of 13 passes for 120 yards and three interceptions, although he did tally two rushing scores.

“We made a change in game, and Kenny will start this week,” said Tomlin. “Obviously, Mitch’s performance was a component of the decision but not the only component of the decision…We haven’t moved the ball fluidly enough for our liking. We hadn’t put enough points on the board…We’ve all got to absorb the responsibility that comes with what we haven’t done, particularly in that phase — including myself, and starting with myself.”

Pickett’s presence is good news for rookie wideout George Pickens. Pickens showed a strong rapport with his new QB last week, recording six catches for 102 yards, and shapes up as a viable FLEX option in all fantasy formats.

FanDuel Sportsbook has the Steelers as whopping +14 road underdogs on the spread and +610 on the moneyline. 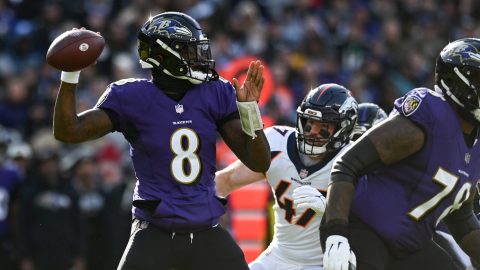