David Moyes’ reign as Manchester United’s manager came to an abrupt halt Tuesday when he was fired after just 10 months on the job.

Manchester United axed Moyes for presiding over a spectacular fall from grace. The Red Devils have slid from last season’s first-place finish all the way down to seventh place, where they currently sit with four games to play.

Manchester United chose club legend Ryan Giggs as Moyes’ temporary replacement, but it reportedly won’t consider the 40-year-old as a candidate to become its permanent manger. The Red Devils are looking for an experienced manager who has a successful track record both domestically and in Europe, and the rumor mill is churning out name after name each day.

On Thursday, NESN.com soccer editor Marcus Kwesi O’Mard and Manchester Evening News football correspondent Rob Dawson discussed all you need to know about Manchester United’s managerial upheaval and speculated about what the near future will bring to the club.

Listen to the podcast in the player below.

See our round-up of the managerial change at Manchester United>> 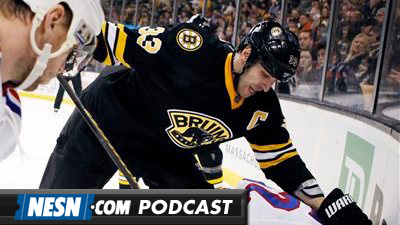