The Battle of Commonwealth Ave. will be the Battle of Yawkey Way on Jan. 8 when Boston College and Boston University take their storied rivalry outdoors and play in historic Fenway Park.

The NHL, Boston Bruins, Fenway Sports Group, the Hockey East and NESN announced that along with a women's game between New Hampshire and Northeastern, the last two men's national Champions — BU in 2009 and BC back in '08 — will battle it out as part of what has become an extended celebration of the NHL Winter Classic. NESN will broadcast the men's game, which will take place at 7:30. The women's game will be at 4:30.

"We are very excited to bring college hockey to Fenway Park in this once in a lifetime event. It's great for the growth of the sport, as we have seen what the Winter Classic has done for the NHL and its fans," said Hockey East Commissioner Joe Bertagna.

"We are really excited to host the very best of college hockey talent next January at Fenway Park as part of the Hockey East at Fenway doubleheader," said Kennedy. "As a born-and-bred New Englander myself who grew up playing hockey, I am eager to watch the UNH and NU women's hockey teams face off against each other along with the last two NCAA men's ice hockey champions, BC and BU, renew their storied rivalry in the shadow of the Green Monster."

Brian Jennings, the NHL's executive vice president of marketing, said that this event — along with numerous public skating sessions during the week between the Bruins-Flyers game at Fenway Park on New Year's Day — is part of an initiative by the NHL to allow the public to experience the Winter Classic more and also to reach out into the host community and its hockey culture.

"When the first conversations started up with the Red Sox and Fenway Park, we started thinking, ?How do we enable the community to touch this and experience it even more?'" Jennings said. "So one of the benefits of doing it in a baseball stadium like this is that you don't have to worry about the scheduling like you would in a football stadium because of [conflicts with the] playoffs. The fact that we will be able to have the rink set up from Dec. 18 to Jan. 10 gives us the opportunity to do so much more with the event and really reach out to the community and involve them.

"While we don't want to lose the equity or the NHL brand that goes with this event, we feel this the perfect strategic involvement of the community and this will really let the whole community experience the magic and uniqueness of such an event."

For the Eagles and Terriers players set to participate, this will be a surreal experience. Many of them watched the last two Winter Classic games in Chicago's Wrigley Field and Buffalo's Rich Stadium and wondered what it would be like to be part of such an event. Now they will get their opportunity.

And for Massachusetts natives like BC forward Jimmy Hayes and BU forward David Warsofsky, there couldn't be a better place than Fenway Park.

"When the NHL finally announced their game," said Hayes, "we started to believe maybe this could actually happen. Now that it's really here and happening, it's so exciting and I want to thank the NHL and everyone else for such a great opportunity.

"When I was watching the Pittsburgh-Buffalo game and Crosby scored that shootout goal with the snow coming down, it looked so cool and you just wonder what it would be like to be a part of something like that."

The baseball tie-in makes it that much more exciting for New England natives like Hayes.

"Being from around here and growing up a Red Sox fan just makes it even better," Hayes continued, "and I can't say how much I appreciate this opportunity. It's awesome! The NHL and the Boston Bruins letting us be part of this is such an honor."

"This is a once in a lifetime opportunity," Warsofsky agreed. "We're definitely hoping for a good scene with snow, like that first game in Buffalo. It just seemed so surreal. The weather was perfect and it was great to watch, so to play in that will be great too."

Tickets will go on sale to the general public on Thursday, Sept. 17, beginning at 12 p.m. ET. Tickets for the doubleheader will start at just $5. For more information on the event and details regarding ticket availability, log on to www.tickets.com/fenwayhockey.

Garland to the Yankees? It Couldn’t Hurt 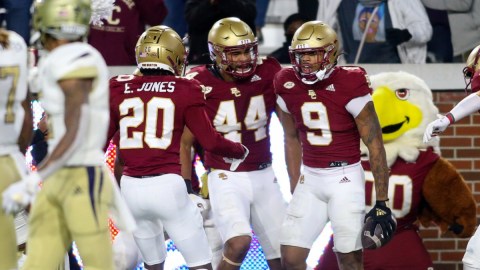 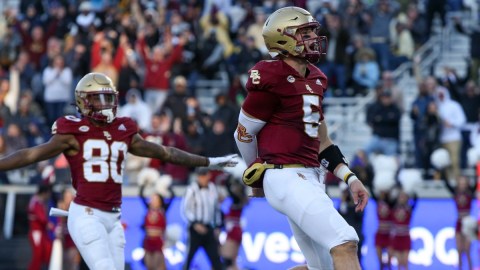