Even if you’re not a Red Sox fan, it’s not easy seeing David Ortiz like this.

A week ago Thursday, a New York Times article reported that Ortiz and then-Red Sox teammate Manny Ramirez were among the 104 players who tested positive for banned substances in 2003.

Ever since that article’s release on July 30, Big Papi has remained silent about the allegations, speaking to the media on the night of the story’s release following the Red Sox 8-5 win over the A’s at Fenway, and briefly again on Wednesday afternoon in Tampa.

“I found out about an hour before the game about the situation,” he told a throng of reporters last Thursday. “You guys know I’m a guy who never turns my back on you guys. I’ve always been a true guy with you guys, and honestly, right now, I don’t have any information about it. I’m going to get more info about the situation, and I’m going to honestly tell you guys what’s up. But right now, I don’t have no answer, no information.”

With the baseball world seeking information, the Red Sox — including manager Terry Francona — explained to the media that Papi wasn’t hiding from the media, he has simply been waiting to hear the facts for himself before he can offer his opinion on the matter.

“I’m trying to [get the information],” Ortiz said Wednesday. “It’s frustrating, but I’m trying to get to the bottom of this. I think about it every day.”

Even management is remaining silent about the report until the beloved slugger offers his thoughts.

“I’m going to let David speak first,” John Henry told reporters after taking part in a ReadBoston story event at Boston Common. “As soon as he speaks, then we’ll have something to say.”

According to Major League Players Association spokesman Greg Bouris, Ortiz will be addressing the media with MLBPA director Michael Weiner prior to Saturday’s game in New York. 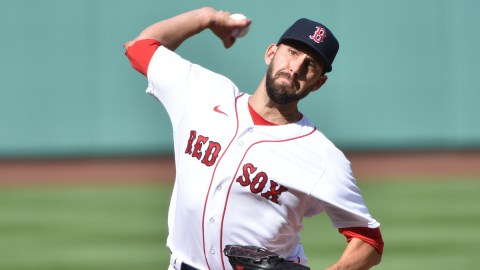